Coventry City will be facing the visiting Norwich City at Coventry Building Society Arena in the Championship fixture on Saturday.

Our Coventry City v Norwich City tips, poll and stats can be seen in full below - plus the latest match odds.

Coventry City will be looking for an improved result here following a 2-3 Championship losing effort in their last game against Norwich City.

In that match, Coventry City managed 39% possession and 5 attempts at goal with 4 of them on target. For Coventry City, goals were scored by Michael Rose (6' Own goal), Jamie Allen (21') and Viktor Gyökeres (26'). On the other side, Norwich City had 7 attempts at goal with 3 on target. Onel Hernández (10') and Josh Sargent (19') scored for Norwich City.

In their past 6 fixtures, Mark Robins's Coventry City have found the net 6 times, with that being an average number of goals scored per match equal to 1.

Their prior results show that Coventry City:

The stats tell the story, and Norwich City have been scored against in 5 of their last 6 games, seeing opposing sides hit 7 goals in all. At the back, Norwich City just haven’t been too solid at all.

Coming into this clash, Norwich City haven't been defeated by Coventry City when they've played them away from home in the last 2 matches in the league.

An examination of past results between these clubs stretching back to 07/05/2011 shows that these fixtures have not been good ones for Coventry City. They’ve not managed to get themselves any wins whatsoever whereas Norwich City have been superior, running out winners in 67 per cent of those ties.

20 goals were yielded between them in this period, with 4 from The Sky Blues and 16 netted by The Canaries. That’s an average goals per game of 3.33.

The previous league contest between these sides was Championship match day 8 on 03/09/2022 when it finished Norwich City 3-0 Coventry City.

Coventry City had 7 shots at goal with 1 on target.

The Coventry City manager Mark Robins has zero fitness concerns to speak of coming into this clash thanks to a fully healthy group available to select from.

Owing to an otherwise healthy group of players, there is only the sole fitness problem for the Norwich City manager David Wagner to be concerned with. Przemyslaw Placheta (Shin bone bruise) won’t be playing here.

In our opinion, Norwich City and Coventry City may well end up cancelling each other out here.

Let’s see how it plays out, but a draw is looking likely to us. We’re therefore expecting a 1-1 scoreline at full-time. 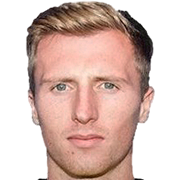 Customarily playing in the Centre Midfield position, Jamie Allen was born in Rochdale, England. After making a first senior appearance for Rochdale in the 2013 - 2014 season, the talented Midfielder has accumulated 3 league goals in the Championship 2022 - 2023 season so far from a total of 26 appearances.

We have made these Coventry City v Norwich City predictions for this match preview with the best intentions, but no profits are guaranteed. Please always gamble responsibly, only with money that you can afford to lose. Good luck!