The Serie B meeting at Stadio Polisportivo Provinciale on Friday will see home side Trapani fighting it out with opponents Crotone.

Our Trapani v Crotone predictions, statistics and match poll can be seen below (inc. the best betting odds).

Trapani will be looking for another win after the 1-2 Serie B success over Perugia.

In that game, Trapani had 44% possession and 23 shots at goal with 6 on target. For Trapani, goals were scored by Fausto Grillo (23') and Gregorio Luperini (92'). Perugia got 16 attempts on goal with 5 of them on target. Diego Falcinelli (26') scored for Perugia.

Trapani have been on a persistent run of goalscoring form, finding the back of the net in each and every one of their last 6 games.

They’ve hit an aggregate of 10 during that period while also conceding a total of 6.

Ahead of this meeting, Trapani are undefeated in their last 7 home league matches.

Crotone go into this clash following a 1-0 Serie B win with the downing of Frosinone in their most recent fixture.

In that match, Crotone had 69% possession and 9 shots at goal with 2 on target. The only player on the scoresheet for Crotone was Tomislav Gomelt (80'). For their opponents, Frosinone had 7 attempts on goal with 1 of them on target.

Over the course of their last 6 outings, Crotone have bagged the sum of 14 goals. Crotone have also not failed to score on each one of those occasions. In that time, they have seen 3 goals scored by their opponents. Putting that to one side, we will just have to wait and see whether that trend shall persist in this next game.

Coming into this clash, Crotone have not been beaten in their last 6 away league matches.

A glance at their prior head to head clashes going back to 25/05/2014 shows us that Trapani have won 2 of these games & Crotone 3, with the number of drawn results being 1.

A combined sum of 14 goals were yielded between them in these games, with 7 of them from Granata and 7 netted by Crotone. This gives an average number of goals per game equal to 2.33.

Trapani had 3 shots on goal with 1 of them on target.

The match was refereed by Lorenzo Maggioni.

Almost everyone can be considered, as there’s just the lone fitness concern for the Trapani manager Fabrizio Castori to be concerned about thanks to an almost full-strength set of players. Marco Moscati (Cruciate Ligament Rupture) won’t play.

Thanks to a fully injury-free group available for selection, Crotone boss Giovanni Stroppa has zero fitness concerns whatsoever ahead of this match.

We’ve got the feeling that Crotone have it within them to find the net against this Trapani outfit, but that may not be enough to avoid defeat.

We’re predicting both teams to score in a 2-1 win for Trapani when all is said and done. Let’s wait and see how it plays out. 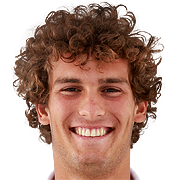 Customarily taking to the field in the Centre Midfield position, Gregorio Luperini was born in Pisa, Italy. Having played his first senior match for Pro Vercelli in the 2015 - 2016 season, the dangerous Midfielder has hit 5 league goals in this Serie B 2019 - 2020 campaign so far coming from a total of 29 appearances.

We have made these Trapani v Crotone predictions for this match preview with the best intentions, but no profits are guaranteed. Please always gamble responsibly, only with money that you can afford to lose. We wish you the best of luck.