The Premiership match at Seaview on Saturday sees home side Crusaders go into battle with Dungannon Swifts.

Crusaders will be hoping to bounce back here after the 2-1 Premiership defeat in their last game at the hands of Larne.

The only player to score from Crusaders was Declan Caddell (81'). David McDaid (69') and Tomas Cosgrove (73') scored for Larne.

Crusaders haven’t been able to stop scoring goals, hitting the target every time they’ve gone out to play in their last 6 matches.

They have managed to rack up 9 during that time while seeing the number of goals scored against them stand at 5.

A look at their previous results shows us that Crusaders:

Dungannon Swifts go into this match following on from a 2-1 Premiership win versus Cliftonville in their previous outing.

The only name on the scoresheet from Dungannon Swifts was Dougie Wilson (32', 84'). Garry Breen (59') was the scorer for Cliftonville.

Kris Lindsay's Dungannon Swifts have seen their efforts on goal rewarded a total of 6 times in the course of their previous six matches. The overall goals that have been scored against them during that same period comes to 10.

A glance at their prior head to head clashes stretching back to 25/09/2018 shows that Crusaders have won 4 of these games and Dungannon Swifts 2, with the number of drawn results standing at 0.

A lot of goals were also scored during this period, 22 in all at an average of 3.67 goals per match.

The last league game featuring these clubs was Premiership match day 23 on 28/12/2019 when it finished Crusaders 5-0 Dungannon Swifts.

The referee was Arnold Hunter.

Crusaders boss Stephen Baxter has a full complement, with no fitness worries at all before this match with a fully injury-free group ready to go.

Owing to a completely healthy squad available to choose from, Dungannon Swifts manager Kris Lindsay doesn’t have any fitness worries whatsoever ahead of this game.

Looking at these two teams, we feel that Dungannon Swifts have it within them to put a goal past this Crusaders team, but that may not be as many as the goals that they could concede.

Our tip is for a narrow 2-1 victory for Crusaders after the 90. Hopefully this is a good one. 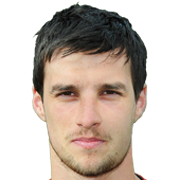 Typically playing in the Centre Midfield position, Declan Caddell was born in N. Ireland. After having played his first senior match for Crusaders in the 2011 - 2012 season, the skilful Midfielder has contributed 2 league goals in the Premiership 2020 - 2021 campaign so far coming from a total of 5 appearances.

While we have made these predictions for Crusaders v Dungannon Swifts for this match preview with the best of intentions, no profits are guaranteed. Always gamble responsibly, and with what you can afford to lose. Best of luck with your selections.