Linfield are the guests at Seaview on Tuesday for the Premiership meeting with home side Crusaders.

Our Crusaders v Linfield predictions, statistics and match poll can be seen below - along with the latest match odds.

Crusaders head into this match following a 0-0 Premiership stalemate versus Larne.

Three or more goals per game were seen in 5 of the past 6 meetings where Crusaders have played. Opposing sides scored 5 of them in these games while Crusaders bagged a total of 17. Let’s find out if that trend will be sustained here.

Looking at their past form shows that Crusaders:

Linfield will go into the match after a 3-0 Premiership win with the defeat of Ballymena United in their previous game.

A run of steadfast performances from the Linfield defensive players has resulted in their ‘goals against’ tally amounting to 3 from their last 6 fixtures in total. During the same period, their forwards have scored 14.

A look at their most recent head-to-head clashes going back to 28/08/2021 shows that Crusaders have won 2 of them and Linfield 3, with the tally of drawn results being 1.

A total of 16 goals were produced between them in this period, with 7 of them from The Hatchetmen and 9 coming from The Blues. The average goals per game has been 2.67.

The previous league contest featuring these sides was Premiership match day 17 on 26/11/2022 when it ended Linfield 0-0 Crusaders.

It’s a low absenteeism rate, with just one fitness concern for the Crusaders manager Stephen Baxter to be concerned about from an otherwise complete group of players. Ben Kennedy (Knee Injury) won’t play.

Out of a mainly available group of players, there’s only the one fitness problem for the Linfield manager David Healy to contend with. David Walsh (Head Injury) won’t be playing here.

We envisage that Linfield have it within them to find the net against this Crusaders lineup, although that probably won’t be as many as they’ll concede.

Our tip is for a 2-1 winning margin for Crusaders by the conclusion of the game. Looking forward to this. 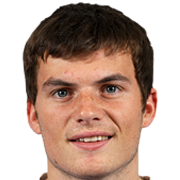 Customarily used in the Centre Midfield position, Philip Lowry was born in N. Ireland. After having played his first senior match for Linfield in the 2011 - 2012 season, the gifted Midfielder has netted 13 league goals in the Premiership 2022 - 2023 campaign so far in a total of 23 appearances.

We have made these Crusaders v Linfield predictions for this match preview with the best intentions, but no profits are guaranteed. Please always gamble responsibly, only with money that you can afford to lose. We wish you the best of luck.