Cruz Azul come up against guests León at Estadio Azteca in this Liga MX (Apertura) fixture on Friday.

Our tips, poll and stats for Cruz Azul v León can all be found here - as well as the best betting odds.

Cruz Azul will be looking for another win after a 2-0 Liga MX (Apertura) victory against Mazatlán.

Fixtures with Cruz Azul have often been entertaining affairs of late with a lot of goalmouth action anticipated. Over their past half dozen clashes alone, a grand total of 24 goals have been scored for both sides combined (at an average of 4 goals per game) with 9 of those accredited to Cruz Azul. That aside, we’ll just have to find out if the trend might persist in this next match or not.

Coming into this contest, Cruz Azul have not been beaten in their last 2 home league matches.

León will go into the encounter after a 0-1 Liga MX (Apertura) win with the defeat of Tigres de la UANL in their most recent game.

Renato Paiva's León have fired home 9 times throughout their previous 6 matches. The total of goals that have been scored against them during that same period comes to 8.

Looking at their prior head to head clashes going back to 03/02/2019 shows that Cruz Azul have won 4 of these and León 2, with the tally of drawn matches standing at 0.

A combined sum of 8 goals were produced between them during those clashes, with 5 of them for La Máquina Azul and 3 being from Los Esmeraldas. That is an average goals per game value of 1.33.

The last league encounter between these clubs was Liga MX (Clausura) match day 4 on 08/02/2022 which finished with the scoreline of León 0-1 Cruz Azul.

That time, León had 69% possession and 14 shots on goal with 4 of them on target.

Cruz Azul had 6 shots at goal with 2 of them on target. Uriel Antuna (30') was the scorer.

The match was refereed by Víctor Cáceres.

Out of a mainly healthy group of players, there’s just the one fitness worry for the León boss Renato Paiva to contend with. David Ramírez (Pubitis) won’t be playing here.

In our view, León will have to work hard as a team to get anything against this Cruz Azul outfit who we think will gain the upper hand.

We’re going for a very competitive encounter with a 1-0 victory for Cruz Azul at the end of the 90. 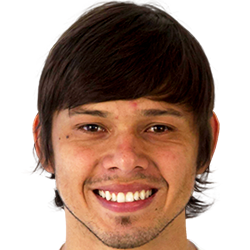 Mostly deployed in the Right Wing position, Ángel Romero was born in Fernando de la Mora, Gran Asunción, Paraguay. After having made a senior debut playing for Corinthians in the 2014 season, the goalscoring Forward has netted 2 league goals in the Liga MX (Apertura) 2022 - 2023 campaign to date in 12 appearances.

While we have made these predictions for Cruz Azul v León for this match preview with the best of intentions, no profits are guaranteed. Always gamble responsibly, and with what you can afford to lose. We wish you the best of luck.