Return to this page a few days before the scheduled game when this expired prediction will be updated with our full preview and tips for the next match between these teams.
Full-Time Result Prediction for Crystal Palace vs Arsenal
Arsenal to Win
The Premier League game at Selhurst Park on Saturday sees home side Crystal Palace lock horns with Arsenal.

In our view, Crystal Palace may find it difficult to score goals against this Arsenal side who we think should get the vital goal that wins it. That’s why we have predicted a very competitive encounter with a 0-1 win for Arsenal at full-time. Hopefully it’s a good one. Our predictions, user poll and statistics for Crystal Palace v Arsenal can be found here - as well as the best betting odds.

Taking a look at their past results, Arsenal:

Analysis of their past results shows that Crystal Palace: 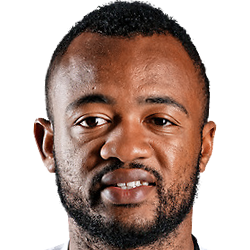 Typically played in the Striker position, Jordan Ayew was born in Marseille, France. Having played his first senior match for Marseille in the 2009 - 2010 season, the goalscoring Forward has hit 5 league goals in this Premier League 2019 - 2020 season to date from a total of 20 appearances.

While we have made these predictions for Crystal Palace v Arsenal for this match preview with the best of intentions, no profits are guaranteed. Always gamble responsibly, and with what you can afford to lose. Good luck if you do place a bet today.