The Premier League fixture at Selhurst Park on Saturday sees home side Crystal Palace prepare for the visit of Manchester City.

All of our predictions, stats and the user poll for Crystal Palace v Manchester City are shown below - as well as the best betting odds.

Crystal Palace will be looking for an improved result here after the 2-1 Premier League loss in their previous game against Leicester City.

Roy Hodgson's Crystal Palace have found the net 5 times in their past 6 outings. At the other end, the tally of goals that have been scored against them in those same games amounts to 11.

Coming into this contest, Crystal Palace have not registered a win against Manchester City in their previous 4 league matches.

Manchester City will go into this meeting after a 1-2 Champions League win with the eclipse of Paris Saint-Germain in their previous match.

The numbers tell their own story, and Manchester City have been scored against in 5 of their last 6 games, conceding 6 goals in all. Defensively, The Citizens have some weaknesses to address. It will be interesting to find out whether or not that trend will end up being sustained here.

Inspecting their past head to head meetings going back to 31/12/2017 shows us that Crystal Palace have won 1 of them & Manchester City 3, with the tally of draws standing at 2.

In all, 19 goals were scored between them in these games, with 6 from The Eagles and 13 for The Citizens. This gives an average number of goals per game equal to 3.17.

The previous league game featuring these sides was Premier League match day 19 on 17/01/2021 when the final score was Manchester City 4-0 Crystal Palace.

For their opponents, Crystal Palace got 2 shots on goal with 0 on target.

Thanks to a mainly full-strength group, there’s just a single fitness issue for the Manchester City gaffer Pep Guardiola to be concerned with. Philippe Sandler (Ankle Surgery) won’t be in action.

Manchester City will most probably have the majority of the possession and should turn some of their chances into goals.

In contrast, Crystal Palace might well find it a difficult task to score themselves, although we do think that it’s probable they’ll be scoring as well.

Therefore, we are anticipating a comfortable 1-3 margin for Manchester City at the end of the match. 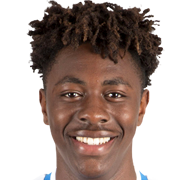 Generally deployed in the Striker position, Eberechi Eze was born in Greenwich, England. Having played his first senior match for Wycombe Wanderers in the 2017 - 2018 season, the dangerous Forward has scored a sum of 3 league goals in the Premier League 2020 - 2021 season to date in a total of 30 appearances.

While we have made these predictions for Crystal Palace v Manchester City for this match preview with the best of intentions, no profits are guaranteed. Always gamble responsibly, and with what you can afford to lose. Best of luck.