De Graafschap will be the visitors at Riwal Hoogwerkers Stadion on Friday for the Eerste Divisie showdown with home team FC Dordrecht.

Our FC Dordrecht v De Graafschap tips, poll and stats can be seen in full below - as well as up-to-date odds.

FC Dordrecht will be looking to improve on their last outing here following a 5-1 Eerste Divisie losing effort in their last game against FC Eindhoven.

It has been seldom in recent games that FC Dordrecht have managed to hold out for a full 90 minutes. The facts show that FC Dordrecht have failed to prevent opponents from scoring in 6 of their previous 6 games, shipping 18 goals in the process. We shall soon find out if that trend will be continued on in this game.

Going into this encounter, FC Dordrecht haven't been defeated in their previous 2 home league matches.

In their previous game, De Graafschap drew 1-1 in the Eerste Divisie tie with Telstar.

Reinier Robbemond's De Graafschap have seen their goal attempts be successful a total of 6 times throughout their latest six matches. The total of goals that have been scored against them during those same clashes adds up to 8.

Ahead of this clash, De Graafschap haven't been beaten by FC Dordrecht when they've played them away from home in the last 5 matches in the league. A very good record, indeed.

An examination of their prior head-to-head meetings dating back to 20/10/2017 shows us that FC Dordrecht have won 2 of them & De Graafschap 3, with the tally of drawn matches being 1.

A combined sum of 16 goals were scored between them during those clashes, with 6 of them for Schapenkoppen and 10 for Superboeren. That’s an average goals per game figure of 2.67.

The previous league fixture featuring these sides was Eerste Divisie match day 31 on 02/04/2021 which finished with the scoreline of De Graafschap 0-3 FC Dordrecht.

On that day, De Graafschap managed 65% possession and 23 attempts at goal with 6 of them on target.

The FC Dordrecht boss Michele Santoni doesn’t have any fitness concerns at all ahead of this game with a completely injury-free squad ready to go.

Due to a completely injury-free squad to choose from, the De Graafschap boss Reinier Robbemond does not have any fitness concerns whatsoever ahead of this clash.

In this match, FC Dordrecht have it in them to find the net against this De Graafschap outfit, although just one goal might not be enough to avoid a loss.

Our tip is for a narrow 1-2 win for De Graafschap after 90 minutes. Hopefully this is a good one. 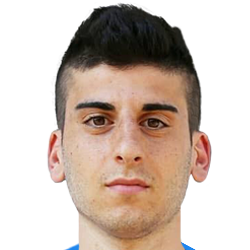 Regularly used in the Central Defensive Midfielder position, Alessio Miceli was born in Rome, Italy. Having played his first senior match for FC Dordrecht in the 2021 - 2022 season, the dangerous Midfielder has scored 2 league goals in this Eerste Divisie 2021 - 2022 campaign to date in a total of 12 appearances.

We have made these FC Dordrecht v De Graafschap predictions for this match preview with the best intentions, but no profits are guaranteed. Please always gamble responsibly, only with money that you can afford to lose. Best of luck with your selections.