Djurgårdens IF
Degerfors IF
3 - 2

Djurgårdens IF vs Degerfors IF Live Stream, Predictions

Degerfors IF will be the visitors at Tele2 Arena on Wednesday for the Allsvenskan game with home side Djurgårdens IF.

Our Djurgårdens IF v Degerfors IF predictions, statistics and match poll can be seen below (inc. the best betting odds).

Djurgårdens IF enter this match after a 1-1 Allsvenskan stalemate against Malmö FF.

In that game, Djurgårdens IF had 40% possession and 11 attempts at goal with 4 on target. The only player on the scoresheet for Djurgårdens IF was Hjalmar Ekdal (80'). For their opponents, Malmö FF got 20 attempts on goal with 8 of them on target. Antonio Čolak (16') scored for Malmö FF.

Their more recent scorelines reveal that things are going according to plan in the Djurgårdens IF backline. Djurgårdens IF have been mean at the back, with the number of goals that have flown into the back of their net over the course of their previous 6 matches standing at 3.

Heading into this contest, Djurgårdens IF are unbeaten in their previous 2 league matches at home.

After being defeated in their last game at the hands of IK Sirius in Allsvenskan action, Degerfors IF will be aiming to make amends here.

Looking at their form, and Degerfors IF have been scored against in 5 of their last 6 matches, conceding 12 goals in total. Defensively, Degerfors IF have seen their frailties exposed. Still, we’ll just have to find out whether that pattern might be maintained here in this game or not.

Coming into this contest, Degerfors IF haven’t won away from home in the past 8 matches in the league. It's not a good run at all.

The Djurgårdens IF manager Kim Bergstrand doesn’t have any fitness concerns whatsoever ahead of this clash owing to a fully injury-free squad available for selection.

Owing to a completely injury-free squad to choose from, the Degerfors IF manager Tobias Solberg has zero fitness concerns whatsoever coming into this clash.

In our view, Degerfors IF should have enough to score a goal against this Djurgårdens IF team, however that possibly won’t quite prevent them from conceding a couple at the other end.

We’re expecting a close game with a 2-1 win for Djurgårdens IF by the conclusion of the game. We’ll have to see what happens. 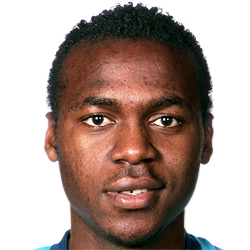 Normally used in the Left Attacking Midfielder position, Edward Chilufya was born in Zambia. After making a first senior appearance for Djurgårdens IF in the 2018 season, the dangerous Midfielder has scored 4 league goals in the Allsvenskan 2021 season so far in 17 appearances.

While we have made these predictions for Djurgårdens IF v Degerfors IF for this match preview with the best of intentions, no profits are guaranteed. Always gamble responsibly, and with what you can afford to lose. Good luck!