The Allsvenskan match at Eleda Stadion on Saturday sees home side Malmö take on IFK Norrköping.

View all Malmö FF v IFK Norrköping tips, stats and our pre-match poll below (plus the best game odds).

Malmö won’t want a repeat of their last result here after the 2-1 Allsvenskan loss in their previous game against Hammarby IF.

Three or more goals per game have been seen in 5 of the past 6 fixtures where Malmö FF have been involved. Opposing sides scored 8 times in this period while Malmö FF amassed a tally of 11. Such a trend isn’t assured to be carried forward here, though.

Coming into this contest, Malmö FF have not emerged victorious against IFK Norrköping in their last 3 league matches.

IFK Norrköping come into this clash following a 3-0 Allsvenskan win with the defeat of Östersunds FK in their last match.

In as many as 6 out of the previous 6 clashes featuring IFK Norrköping, three or more goals have gone in. The overall average goals scored per game in that spell is 3.17, with the number of goals averaged by IFK Norrköping coming out as 2.17.

Coming into this fixture, IFK Norrköping haven't beaten Malmö FF in games played away from home for the previous 3 league games.

Checking on their past head-to-head meetings stretching back to 26/09/2018 tells us that Malmö have won 1 of them and IFK Norrköping 2, with the number of draws standing at 3.

In all, 16 goals were shared by the two clubs throughout the course of those matches, with 7 from Himmelsblått and 9 for Snoka. The average number of goals per game works out to 2.67.

The previous league game featuring these sides was Allsvenskan match day 9 on 03/07/2021 which finished with the scoreline of IFK Norrköping 3-2 Malmö FF.

The match was refereed by Victor Wolf.

Thanks to a completely injury-free group to choose from, the IFK Norrköping manager Rikard Norling doesn’t have any fitness concerns to report before this game.

In our view, IFK Norrköping have the firepower to find the back of the net against this Malmö FF outfit, but it possibly won’t quite be as many as they’ll concede.

Our selection here is for both teams to score in a 2-1 winning margin for Malmö FF at the end of this one. It should be a decent one. 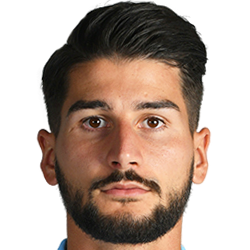 Customarily used in the Striker position, Antonio Čolak was born in Ludwigsburg, Germany. After having made a senior debut playing for Nuremberg in the 2013 - 2014 season, the gifted Forward has scored a sum of 8 league goals in the Allsvenskan 2021 campaign to date from a total of 14 appearances.

We have made these Malmö FF v IFK Norrköping predictions for this match preview with the best intentions, but no profits are guaranteed. Please always gamble responsibly, only with money that you can afford to lose. Best of luck with your selections.