Return to this page a few days before the scheduled game when this expired prediction will be updated with our full preview and tips for the next match between these teams.
Full-Time Result Prediction
👉
Denizlispor to Win

Denizlispor are going up against guests Gençlerbirliği at Denizli Atatürk Stadyumu in this Super Lig clash on Saturday.

Our predictions, user poll and statistics for Denizlispor v Gençlerbirliği can be found here - along with the latest match odds.

Denizlispor will be hoping to return to winning ways here following a 2-0 Super Lig losing effort in their last game against Konyaspor.

It has been seldom in recent times where Denizlispor have shown defensive steel. It will be a concern for them that Horozlar have been scored against in 6 of their previous 6 matches, giving up 13 goals along the way. With no two games being the same, time will tell if that trend shall be sustained in this next game.

Their past results show that Denizlispor:

Following on from a losing effort in their last game against Beşiktaş in Super Lig competition, Gençlerbirliği and their travelling supporters will be hoping that they can get a better result in this one.

The numbers tell their own story, and Gençlerbirliği have been scored against in 5 of their last 6 games, with opponents netting 13 goals overall. At the back, Ankara Rüzgârı could really do with shoring things up.

Analysis of their past results shows that Gençlerbirliği:

A review of their past head to head results stretching back to 02/05/2010 reveals that these encounters have not been good ones for Gençlerbirliği. They have not managed to register any wins whatsoever while Denizlispor have remained in the ascendancy, winning in 83 per cent of those ties.

In all, 11 goals were scored between them throughout the course of those matches, with 10 of them from Horozlar and 1 coming from Ankara Rüzgârı. The average goals per game has been 1.83.

The previous league game between the two was Super Lig match day 5 on 19/10/2020 which ended up with the score at Gençlerbirliği 1-2 Denizlispor.

The match was refereed by Mert Güzenge.

Veton Tusha (Unknown Injury), Özgür Cek (Achilles tendon rupture) and Hadi Sacko (Unknown Injury) will not be taking part for Denizlispor gaffer Yalçın Koşukavak. The players who will not be able to play in this game through being suspended are Asim Aksungur and Tiago Lopes.

Due to a fully injury-free squad available to select from, Gençlerbirliği boss Mustafa Kaplan has zero fitness worries to speak of before this match.

In this game, Gençlerbirliği are capable enough to breach the defence of this Denizlispor side, but it probably won’t be enough to avoid defeat.

We’re predicting a narrow 2-1 winning margin for Denizlispor at the end of the match. Should be a good one. 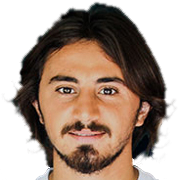 Generally played in the Centre Midfield position, Recep Niyaz was born in Turkey. Having made a first senior appearance for Fenerbahçe in the 2011 - 2012 season, the talented Midfielder has accumulated 3 league goals in this Süper Lig 2020 - 2021 season to date coming from a total of 22 appearances.

While we have made these predictions for Denizlispor v Gençlerbirliği for this match preview with the best of intentions, no profits are guaranteed. Always gamble responsibly, and with what you can afford to lose.