Derby County will be hosting away side Huddersfield at Pride Park Stadium in this Championship match on Tuesday.

Our Derby County v Huddersfield predictions, statistics and match poll can be seen below - plus the latest match odds.

Derby County will be looking to improve on their last outing here following a 2-1 Championship loss in their previous game against Watford.

In their prior 6 fixtures, Wayne Rooney's Derby County have netted a combined total of 7 times - an average number of goals scored per match of 1.17.

Their prior results show that Derby County:

Huddersfield head into the clash following a 4-1 Championship win with the defeat of Swansea City in their most recent match.

Huddersfield Town have been effective going forward leading up to this encounter, scoring 10 times in their previous 6 matches. While their manager Carlos Corberán will no doubt take that as a positive sign, The Terriers can also improve defensively after being scored against in 6 of those same clashes. In any event, we must now wait to see if that trend will be maintained here in this match.

A look at their previous results shows us that Huddersfield Town:

Checking out their prior head to head duels dating back to 05/03/2016, both clubs have shared the honours with Derby County winning 2 of those games, Huddersfield 2 and 2 being draws in regulation time.

A sum of 11 goals were yielded between them during those clashes, with 6 of them from The Rams and 5 netted by The Terriers. That’s an average goals per game figure of 1.83.

The last league clash featuring these sides was Championship match day 6 on 20/10/2020 when it finished Huddersfield Town 1-0 Derby County.

In that match, Huddersfield Town had 54% possession and 18 shots at goal with 3 on target. Their only player on the scoresheet was Juninho Bacuna (53').

Derby County had 12 attempts at goal with 2 of them on target.

Regarding absentees, there’s just the sole fitness concern for the Derby County gaffer Wayne Rooney to be concerned with from an otherwise complete squad. Krystian Bielik (Torn knee ligament) misses out.

H'field manager Carlos Corberán has to choose a team with limited availability. Christopher Schindler (Knee Injury) and Carel Eiting (Knee Injury) are not ready for selection.

We think that Huddersfield may find it difficult to be putting a goal past this Derby County team who will likely emerge victorious.

We therefore fancy a 1-0 winning score for Derby County when the referee blows for full-time. 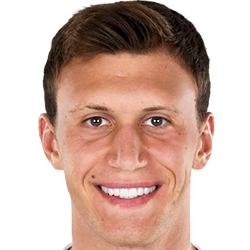 Mostly played in the Central Defensive Midfielder position, Krystian Bielik was born in Konin, Poland. After making a first senior appearance for Legia Warsaw in the 2014 - 2015 season, the accomplished Midfielder has managed to score 2 league goals in the Championship 2020 - 2021 campaign so far in 13 appearances.

While we have made these predictions for Derby County v Huddersfield for this match preview with the best of intentions, no profits are guaranteed. Always gamble responsibly, and with what you can afford to lose. Best of luck.