Our Derry City v Shamrock Rovers predictions, statistics and match poll can be seen below (inc. the best betting odds).

Derry City will be looking for a repeat result of a 1-0 Premier Division triumph over Sligo Rovers.

The only scorer from Derry City was Will Patching (15').

Under three goals per match were seen in 5 of the past 6 meetings where Derry City have been involved. Breaking down the goal weighting in that period, opposition teams scored a total of 1 and Derry City totted up 9.

Since being defeated in their last game at the hands of KAA Gent in Conference League action, Shamrock Rovers will be aiming to make amends here.

Stephen Bradley's Shamrock Rovers have seen their efforts on goal rewarded 8 times in the course of their latest 6 matches. The number of goals that they have conceded during those matches adds up to 6.

An examination of their most recent head-to-head clashes going back to 15/05/2021 shows that Derry City have won 1 of them and Shamrock Rovers 3, with the number of draws standing at 2.

An aggregate of 15 goals were scored between them during those clashes, with 6 from The Candystripes and 9 coming from The Hoops. That’s an average goals per game figure of 2.5.

The last league contest featuring these clubs was Premier Division match day 27 on 12/08/2022 which finished with the scoreline of Derry City 0-0 Shamrock Rovers.

The Derry City boss Ruaidhrí Higgins has a full complement, with no fitness concerns whatsoever before this match with a completely healthy group available for selection.

Thanks to a mainly available group of players, there’s just a single fitness worry for the Shamrock Rovers boss Stephen Bradley to be concerned with. Roberto Lopes (Knee Injury) misses out for this game.

We’re of the view that Shamrock Rovers and Derry City could end up without much reward for their efforts here.

Let’s see how it plays out, but a draw with few scoring chances is looking likely to us. We’re therefore predicting a tight encounter with a 0-0 draw at the end of the 90. 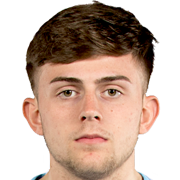 Regularly taking to the field in the Centre Midfield position, Will Patching was born in England. After having played his first senior match for Dundalk in the 2020 season, the goalscoring Midfielder has scored 10 league goals in this Premier Division 2022 season to date in a total of 26 appearances.

We have made these Derry City v Shamrock Rovers predictions for this match preview with the best intentions, but no profits are guaranteed. Please always gamble responsibly, only with money that you can afford to lose. Good luck with your selections.