Dinamo Zagreb arrive at Stadion Šubićevac on Sunday for the Prva Liga clash with home side Šibenik.

View all of the Šibenik v Dinamo Zagreb predictions, poll and stats below (plus the best game odds).

Šibenik will be looking for an improved result here after the 0-2 Prva Liga defeat in their last game at the hands of Dinamo Zagreb.

In that match, Šibenik had 28% possession and 5 shots at goal with 2 of them on target. At the other end, Dinamo Zagreb got 15 shots on goal with 5 on target. Marko Tolić (39') and Petar Bočkaj (53') scored for Dinamo Zagreb.

Ahead of this clash, Šibenik have not won against Dinamo Zagreb in their last 5 league games.

A succession of outstanding performances by the Dinamo Zagreb defensive players has resulted in the number of goals they’ve conceded standing at 3 from their past 6 outings overall. During the same period, the number of goals that they have scored themselves amounts to 10. Such a trend won’t necessarily be carried forward into this match, however.

Their prior results show that Dinamo Zagreb:

A look at their past head-to-head meetings dating back to 30/01/2021 shows us that Šibenik have won 1 of these games & Dinamo Zagreb 4, with the tally of drawn results being 1.

An aggregate of 14 goals were scored between the two sides throughout the course of those matches, with 4 for Šibenik and 10 netted by Plavi. The average goals per game has been 2.33.

On the other side, Šibenik got 6 shots at goal with 4 of them on target.

The referee was Zdenko Lovrić.

The Šibenik manager Dean Računica will be happy not to have any fitness worries to speak of coming into this game with a completely healthy squad available to select from.

Owing to a completely injury-free group to pick from, the Dinamo Zagreb manager Ante Čačić does not have any fitness worries to speak of ahead of this clash.

We’re thinking that Šibenik should be able to find the back of the net against this Dinamo Zagreb lineup, but a single goal probably won’t be enough to avoid defeat.

Our tip is for both teams to score in a 1-2 advantage for Dinamo Zagreb at full-time. It really should be an interesting one. 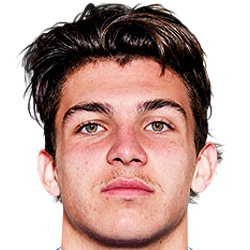 Mostly taking up the Left Attacking Midfielder position, Antonio Marin was born in Zagreb, Croatia. After having made a senior debut playing for Monza in the 2020 - 2021 season, the gifted Midfielder has scored a sum of 8 league goals in the Prva Liga 2021 - 2022 campaign to date in 33 appearances.

While we have made these predictions for Šibenik v Dinamo Zagreb for this match preview with the best of intentions, no profits are guaranteed. Always gamble responsibly, and with what you can afford to lose. Good luck!