Mansfield Town face off with the visiting Doncaster Rovers at One Call Stadium in the League Two match on Saturday.

Our tips, poll and stats for Mansfield Town v Doncaster Rovers can all be found here (plus the best game odds).

Mansfield Town prepare for this fixture after a 1-1 League Two tied result versus Crewe Alexandra.

The only scorer from Mansfield Town was George Maris (42'). Kelvin Mellor (55') was the scorer for Crewe Alexandra.

Following on from tasting defeat last time out to Leyton Orient in League Two competition, Doncaster Rovers and their travelling fans will hope for a better result here.

Looking at their form, and Doncaster Rovers have been scored against in 5 of their last 6 games, seeing their opponents hit 10 goals in all. At the back, Doncaster Rovers just haven’t been too solid at all. Having said that, time will tell if that pattern will persist in this upcoming game.

An examination of their past head-to-head clashes dating back to 21/02/2004 shows us that Mansfield Town have won 1 of them and Doncaster Rovers 3, with the tally of drawn results standing at 2.

An aggregate of 14 goals were produced between them in these games, with 6 for The Stags and 8 coming from The Rovers. That’s an average goals per game of 2.33.

The match was refereed by Thomas Kirk.

The Mansfield Town boss Nigel Clough does not have any fitness concerns at all before this match with a completely healthy squad available to select from.

Out of a mainly healthy squad, there is only the lone fitness worry for the Doncaster Rovers boss Danny Schofield to be concerned about. Jon Taylor (Ankle Injury) won’t be playing here.

We’re thinking that Doncaster Rovers must be fancied to break down this Mansfield Town side, however that possibly won’t quite be as many as they will have scored against them.

Our tip is for a 2-1 win for Mansfield Town by the time that the referee blows the final whistle. Should be an interesting one. 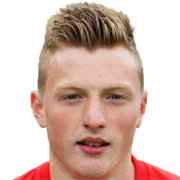 Typically playing in the Central Attacking Midfielder position, George Maris was born in Sheffield, England. After having played his first senior match for Nuneaton Town in the 2014 - 2015 season, the dangerous Midfielder has contributed 4 league goals in this League Two 2022 - 2023 season so far in a total of 26 appearances.

While we have made these predictions for Mansfield Town v Doncaster Rovers for this match preview with the best of intentions, no profits are guaranteed. Always gamble responsibly, and with what you can afford to lose. Good luck!