Return to this page a few days before the scheduled game when this expired prediction will be updated with our full preview and tips for the next match between these teams.
Full-Time Result Prediction
👉
SV Horn to Win

SV Horn will take to the pitch with visiting side Dornbirn at Sparkasse Horn Arena in this 2. Liga fixture on Monday.

View all of the SV Horn v Dornbirn predictions, poll and stats below - plus the latest betting odds.

SV Horn go into this fixture coming off the back of a 0-0 2. Liga tied result versus FC Juniors OÖ.

Fixtures with SV Horn have tended to be engaging encounters recently with high scoring being the norm. Over their past six games alone, the sum total of 25 goals have flown in for both teams combined (at an average of 4.17 goals per game) with 9 of those being chalked up by SV Horn.

Ahead of this meeting, SV Horn are without a win at home for the past 2 league matches.

Following on from a loss in their previous game against FC Blau-Weiss Linz in 2. Liga action, Dornbirn will be aiming to make amends here.

The stats don’t lie, and Dornbirn have been scored against in 6 of their last 6 games, with opponents netting 15 goals overall. Defensively, Dornbirn have clearly had some problems. That being said, we will just have to wait and see whether such a trend shall be sustained here in this game.

Coming into this fixture, Dornbirn have not won away from home in their last 2 league games.

We’re of the view that Dornbirn will manage to find the back of the net against this SV Horn side, but that might not prevent them from conceding a couple at the other end.

We’re tipping a 2-1 winning margin for SV Horn at full-time. Looking forward to this. 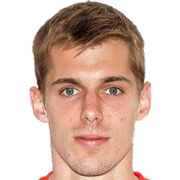 Mostly played in the Striker position, Patrik Eler was born in Gorica, Slovenia. After having played his first senior match for Austria Klagenfurt in the 2015 - 2016 season, the accomplished Forward has hit 5 league goals in this 2. Liga 2020 - 2021 campaign to date in 19 appearances.

While we have made these predictions for SV Horn v Dornbirn for this match preview with the best of intentions, no profits are guaranteed. Always gamble responsibly, and with what you can afford to lose. We wish you the best of luck.