Dover Athletic line up against visiting club Wealdstone at Crabble Athletic Ground in the National League tie on Tuesday.

All Dover Athletic v Wealdstone match predictions, user poll and stats are shown below - plus the latest betting odds.

Dover Athletic will be hoping to bounce back here after the 1-3 National League loss in their previous game against Halifax.

Dover Athletic have been finding it hard to keep clean sheets lately, although they’ve also done enough to convert their own chances into goals. Analysis of their previous 6 games shows that Dover Athletic have been punished defensively in 6 of them as well as managing to get on the scoresheet in 6 of those games. Such a pattern won’t necessarily be sustained into this game, though.

In their last game, Wealdstone drew 0-0 in the National League tie with Wrexham.

The attacking players from Wealdstone have suffered from a lack of goals in their past six games, netting the disappointing return of just 4. In those matches, The Stones have also seen the collective goal aggregate of their opponents equal 3.

The Dover Athletic boss Andy Hessenthaler doesn’t have any fitness concerns to speak of before this game with a fully injury-free group ready to go.

With a fully healthy squad available to choose from, the Wealdstone manager Stuart Maynard has no fitness worries to report before this clash.

We’re of the view that Wealdstone and Dover Athletic should both get enough opportunities to score, although it’s hard to separate the two.

Shouldn’t be much in it, and a draw looks quite a realistic result. We therefore see a tight encounter with a score draw when the full-time whistle blows. 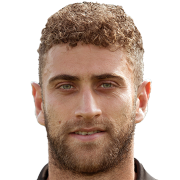 Mostly played in the Striker position, Ben Williamson was born in Lambeth, England. After having played his first senior match for Bournemouth in the 2010 - 2011 season, the skilful Forward has netted 2 league goals in the National League 2021 - 2022 season to date in a total of 14 appearances.

We have made these Dover Athletic v Wealdstone predictions for this match preview with the best intentions, but no profits are guaranteed. Please always gamble responsibly, only with money that you can afford to lose. We wish you the best of luck.