Return to this page a few days before the scheduled game when this expired prediction will be updated with our full preview and tips for the next match between these teams.
Full-Time Result Prediction
👉
Drogheda United to Win

The Premier Division fixture at Head In The Game Park on Friday sees home team Drogheda United up against Longford Town.

Scroll down to see all of the predictions, poll and statistics for Drogheda United v Longford Town (including the best match odds).

Drogheda United will be hoping to return to winning ways here after a 0-1 Premier Division loss in their previous game against St. Patrick's Athletic.

Alfie Lewis (94') was the scorer for St. Patrick's Athletic.

After suffering a loss in their previous game against Bohemian FC in Premier Division competition, Longford Town and their travelling fans will hope for a better result here.

In a total of 5 of the previous 6 games featuring Longford Town, three or more goals have gone in. The overall average goals scored per match within that time is 3.67, with the average number of goals for Longford Town equalling 1. That kind of trend isn’t assured to be continued here, of course.

Looking at the statistics for their head to head duels dating back to 13/07/2019, it’s been all-even between these two clubs with Drogheda United winning 2 of those games, Longford Town 2 and 2 being draws in normal time.

A combined total of 17 goals were scored between the two sides throughout the course of those matches, with 11 of them for The Drogs and 6 coming from The Town. The average goals per game has been 2.83.

The last league encounter between these clubs was Premier Division match day 20 on 10/07/2021 which ended up with the score at Longford Town 1-1 Drogheda United.

The Drogheda United manager Tim Clancy has a full complement, with no fitness concerns at all ahead of this match thanks to a completely healthy group available to select from.

Thanks to a completely healthy group ready to go, the Longford Town manager Daire Doyle has zero fitness worries at all ahead of this game.

We’re of the view that Drogheda United look likely to score at least once when they play Longford Town, who won’t find it easy finding the net themselves.

We’re therefore expecting to see a 2-0 winning score for Drogheda United at the end of the 90 minutes. 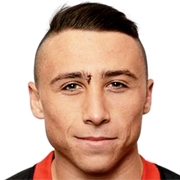 Customarily played in the Striker position, Chris Lyons was born in Rep. Ireland. Having played his first senior match for UCD in the 2011 season, the skilful Forward has got 9 league goals in the Premier Division 2021 campaign to date in a total of 22 appearances.

While we have made these predictions for Drogheda United v Longford Town for this match preview with the best of intentions, no profits are guaranteed. Always gamble responsibly, and with what you can afford to lose. Good luck with your selections.