Dumbarton will be hosting guests Queen's Park at The C&G Systems Stadium in the League One game on Saturday.

Scroll down to see all of the predictions, poll and statistics for Dumbarton v Queen's Park - plus the latest match odds.

Dumbarton will be wanting a better result here following a 5-0 League One losing effort in their last game against Peterhead.

It’s been all too rare in recent times that Dumbarton have managed to hold out for a full 90 minutes. In fact, Dumbarton have failed to prevent opponents from scoring in 5 of their previous 6 matches, shipping 11 goals during that time. We will just have to see whether or not that trend can be continued on in this game.

Leading up to this clash, Dumbarton:

Following on from being defeated in their last game at the hands of Kilmarnock in Challenge Cup action, Queen's Park and their fans will hope to get a better result this time.

Queen's Park have been dangerous up front in the lead-up to this encounter, having scored 8 goals in their last 6 matches. While their manager Laurie Ellis will no doubt take that as a positive sign, Queen's Park can also improve defensively after being scored against in 5 of those same games.

Analysis of their past results shows that Queen's Park:

Checking on their past head-to-head meetings dating back to 19/08/2006 shows that Dumbarton have won 1 of these & Queen's Park 4, with the tally of draws being 1.

A sum of 10 goals were scored between them in these games, with 2 of them from The Sons and 8 coming from The Spiders. That’s an average goals per game of 1.67.

The Dumbarton manager Stephen Farrell has no fitness concerns to speak of coming into this game thanks to a completely healthy squad to choose from.

Owing to a fully injury-free group available to select from, the Queen's Park boss Laurie Ellis does not have any fitness concerns whatsoever ahead of this clash.

We believe that Dumbarton will need to push hard to see themselves scoring against this Queen's Park outfit who we think will likely just have the edge.

We therefore fancy a very competitive game with a 0-1 winning margin for Queen's Park when all is said and done. 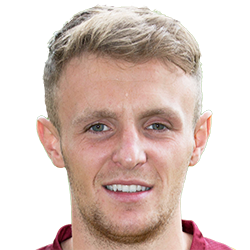 Regularly playing in the Right Attacking Midfielder position, Ross MacLean was born in Bellshill, Scotland. After having made a senior debut playing for Motherwell in the 2014 - 2015 season, the gifted Midfielder has accumulated 2 league goals in this League One 2021 - 2022 season to date coming from a total of 8 appearances.

While we have made these predictions for Dumbarton v Queen's Park for this match preview with the best of intentions, no profits are guaranteed. Always gamble responsibly, and with what you can afford to lose. Good luck if you do place a bet today.