For all of our match predictions, pre-game poll and statistics for Raith Rovers v Dunfermline Athletic, scroll down (inc. the best betting odds).

Raith Rovers go into this fixture coming off the back of a 0-0 Premiership Play-offs drawn result against Dunfermline Athletic.

Over their preceding six fixtures, John McGlynn's Raith Rovers have netted 6 times which gives them an average number of goals per match of 1.

Throughout their 6 latest matches, Stevie Crawford's Dunfermline Athletic have seen their goal attempts be successful 8 times thus yielding them a goals scored per game average of 1.33.

Looking at the statistics for their head to head duels stretching back to 08/04/2017, it’s been all-even between these two clubs with Raith Rovers winning 2 of those games, Dunfermline Athletic 2 and 2 being draws after 90 minutes of play.

19 goals were shared by the two clubs during those clashes, with 11 of them from The Rovers and 8 belonging to The Pars. That’s an average goals per game figure of 3.17.

We’re of the opinion that Dunfermline Athletic will have to play well to score goals against this Raith Rovers outfit who should end up scoring and staying ahead.

We therefore think that it’s going to be a highly competitive game with a 1-0 victory for Raith Rovers at full-time. 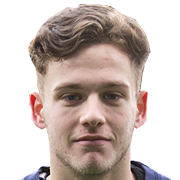 Normally playing in the Striker position, Jamie Gullan was born in Scotland. After having played his first senior match for Hibernian in the 2018 - 2019 season, the gifted Forward has managed 4 league goals in the Championship 2020 - 2021 season to date in 12 appearances.

We have made these Raith Rovers v Dunfermline Athletic predictions for this match preview with the best intentions, but no profits are guaranteed. Please always gamble responsibly, only with money that you can afford to lose. Good luck if you do place a bet today.