Return to this page a few days before the scheduled game when this expired prediction will be updated with our full preview and tips for the next match between these teams.
Full-Time Result Prediction for Eastleigh vs Chorley
Eastleigh to Win

We’re inclined to think that Chorley will need to apply a lot of pressure to break down this Eastleigh side who will likely score one, at least. We’re therefore tipping a narrow 1-0 win for Eastleigh at the end of this one. Little in this one. Our tips, poll and stats for Eastleigh v Chorley can all be found here - as well as the best betting odds.

Ahead of this meeting, Eastleigh haven't been defeated in their previous 4 home league matches. 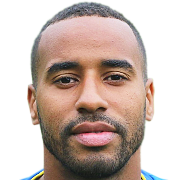 Normally used in the Striker position, Tyrone Barnett was born in Birmingham, England. After having played his first senior match for Macclesfield Town in the 2010 - 2011 season, the accomplished Forward has managed to score 4 league goals in the National League 2019 - 2020 campaign so far from a total of 12 appearances.

While we have made these predictions for Eastleigh v Chorley for this match preview with the best of intentions, no profits are guaranteed. Always gamble responsibly, and with what you can afford to lose. Best of luck.