Our Southend United v Eastleigh tips, poll and stats can be seen in full below (inc. the best betting odds).

Southend United are hoping to win again after their last result, a 3-0 National League triumph vs Solihull Moors.

Kevin Maher's Southend United have hit the back of the net a sum total of 6 times over their past six outings. The comparative tally of goals that have been scored against them in that same time is 8.

After being defeated in their last game at the hands of Wealdstone in National League action, Eastleigh will be aiming to make amends here.

The only name on the scoresheet from Eastleigh was Alfie Lloyd (1'). Nathan Ferguson (45'), Max Kretzschmar (53') and Micah Obiero (81') scored for Wealdstone.

Throughout their 6 latest matches, Lee Bradbury's Eastleigh have found the net a total of 8 times therefore earning them a goals scored per game average of 1.33.

The previous league meeting between these clubs was National League match day 5 on 27/08/2022 when it ended Eastleigh 2-1 Southend United.

The Southend United boss Kevin Maher will be grateful not to have any fitness concerns to speak of before this game with a completely healthy squad to choose from.

Owing to a fully healthy group available to select from, the Eastleigh boss Lee Bradbury has no fitness concerns at all ahead of this clash. Danny Whitehall will not be able to play in this game through being suspended.

We’re inclined to think that Eastleigh should get enough chances to put a goal past this Southend United lineup, but it is unlikely to be as many as they’ll concede.

We’re predicting a 2-1 winning score for Southend United after the 90. Could easily see this go either way. 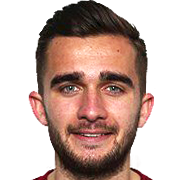 Mostly played in the Centre Midfield position, Jack Bridge was born in England. Having played his first senior match for Southend United in the 2015 - 2016 season, the talented Midfielder has struck 5 league goals in the National League 2022 - 2023 campaign so far in 22 appearances.

While we have made these predictions for Southend United v Eastleigh for this match preview with the best of intentions, no profits are guaranteed. Always gamble responsibly, and with what you can afford to lose. Good luck with your selections.