Return to this page a few days before the scheduled game when this expired prediction will be updated with our full preview and tips for the next match between these teams.
Full-Time Result Prediction
👉
England to Win

The two sides are preparing for World Cup action happening on Tuesday when Wales come up against England.

For all of our match predictions, pre-game poll and statistics for Wales v England, scroll down - plus the latest betting odds.

Wales won’t want a repeat of their last result here following a 0-2 World Cup losing effort in their last game against Iran.

It’s been all too rare in recent times that Wales have shown defensive steel. The facts show that Wales have been scored against in 6 of their previous 6 clashes, giving up 10 goals on the way.

In their previous game, England drew 0-0 in the World Cup tie with United States.

Gareth Southgate's England have seen their goal attempts be successful 9 times in the course of their most recent six matches. The number of goals that they have conceded during those same clashes comes to 10.

A quick look at their past head to head meetings going back to 09/10/2004 reveals that these fixtures have not been good ones for Wales. They have not been able to get any wins whatsoever whereas England have maintained the edge over them, winning in 100 per cent of those ties.

In all, 12 goals were scored between them in this period, with 1 of them for The Dragons and 11 belonging to The Three Lions. This gives an average number of goals per game equal to 2.

Our assessment is that Wales have the ability to score against this England side, however a single goal is unlikely to prevent them from conceding a couple at the other end.

We are therefore anticipating a close game with a 1-2 victory for England when all is said and done. Let’s just see how this one goes. 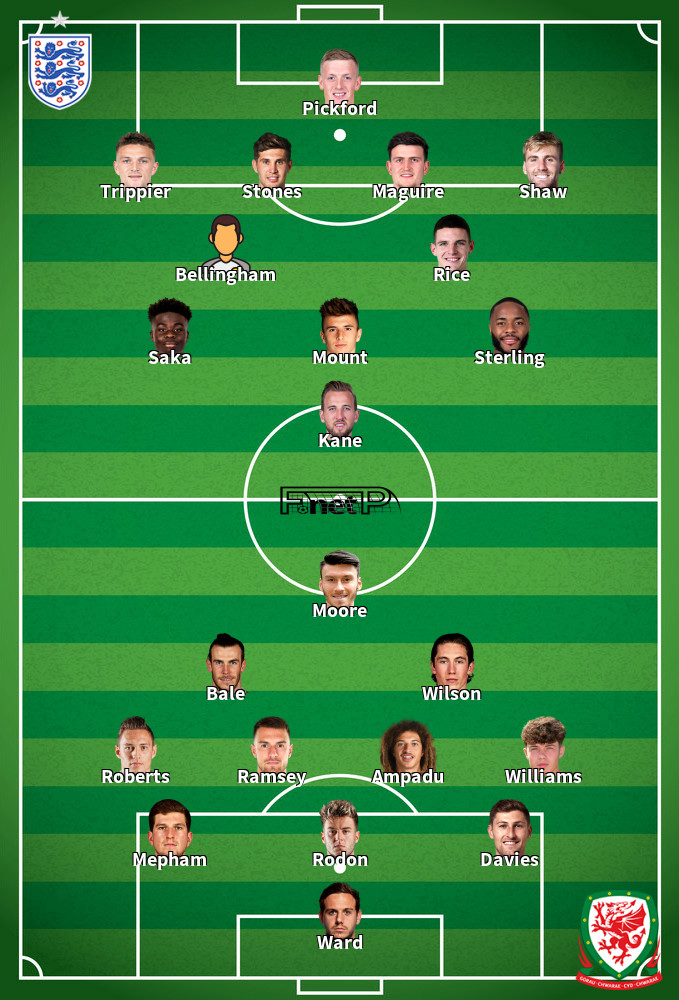 While we have made these predictions for Wales v England for this match preview with the best of intentions, no profits are guaranteed. Always gamble responsibly, and with what you can afford to lose. Good luck!