Erzgebirge Aue will be visiting Ostseestadion on Saturday for the Bundesliga 2 clash with home side Hansa Rostock.

Our Hansa Rostock v Erzgebirge Aue tips, poll and stats can be seen in full below (inc. the best betting odds).

Hansa Rostock will be hoping to bounce back here following a 0-1 Bundesliga 2 loss in their previous game against Erzgebirge Aue.

Nicolas Kühn (19') was the scorer for Erzgebirge Aue.

Fixtures featuring Hansa Rostock have usually been exciting ones lately with a lot of goalmouth action being a real hallmark. Over their past six games, a grand total of 22 goals have been recorded for both teams combined (at an average of 3.67 goals per game) with 11 of these accredited to Hansa Rostock.

In their previous 6 clashes, Erzgebirge Aue have amassed a total of 8 goals. Erzgebirge Aue have also not failed to score in every single one of those games. During that period, they’ve seen 7 goals go into their own net. Nonetheless, we’ll just have to find out if that trend shall continue on in this match.

Their prior results show that Erzgebirge Aue:

An examination of their past head-to-head meetings dating back to 18/08/2006 shows us that Hansa Rostock have won 1 of them & Erzgebirge Aue 4, with the number of drawn matches being 1.

A combined sum of 8 goals were scored between the two sides in this period, with 1 of them from Hansa and 7 created by Aue. This gives an average number of goals per game equal to 1.33.

The last league match featuring these clubs was 3rd Liga match day 26 on 20/02/2016 when the final score was Hansa Rostock 0-2 Erzgebirge Aue.

The Hansa Rostock manager Jens Härtel does not have any fitness worries to speak of before this match owing to a fully injury-free squad to choose from.

Owing to a completely injury-free group to pick from, the Erzgebirge Aue manager Marc Hensel has no fitness concerns to report ahead of this clash.

We’re of the opinion that Erzgebirge Aue have it within them to find the back of the net against this Hansa Rostock team, although that realistically won’t prevent them from conceding a couple at the other end.

Our tip is for both teams to score in a 2-1 winning score for Hansa Rostock when the full-time whistle blows. 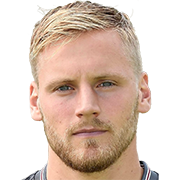 Regularly played in the Centre Midfield position, Hanno Behrens was born in Elmshorn, Germany. Having made his senior debut playing for Darmstadt in the 2012 - 2013 season, the accomplished Midfielder has contributed 3 league goals in the 2. Bundesliga 2021 - 2022 campaign to date in a total of 12 appearances.

While we have made these predictions for Hansa Rostock v Erzgebirge Aue for this match preview with the best of intentions, no profits are guaranteed. Always gamble responsibly, and with what you can afford to lose. Best of luck with your selections.