The League Two tie at Crown Oil Arena on Saturday will see home side Rochdale up against Exeter City.

All of our predictions, stats and the user poll for Rochdale v Exeter City are shown below - as well as the best betting odds.

Rochdale head into this game following on from a 2-2 League Two stalemate versus Stevenage.

Three or more goals per game were seen in 5 of the last 6 fixtures where Rochdale have participated. Opposing sides scored 10 of them in these games whereas Rochdale managed a tally of 9.

After being beaten in their last game against Colchester United in League Two action, Exeter City and their travelling fans will hope for a better result here.

The only player to score from Exeter City was Pádraig Amond (69'). Sylvester Jasper (12'), Noah Chilvers (45') and Freddie Sears (74') scored for Colchester United.

The numbers tell their own story, and Exeter City have been scored against in 6 of their last 6 matches, with opponents netting 10 goals in total. In defence, Exeter City certainly have room for improvement. That being said, we’ll just have to find out whether such a trend might persist here in this match.

An examination of their most recent head-to-head clashes going back to 22/10/2011 shows us that Rochdale have won 4 of these & Exeter City 2, with the tally of drawn results standing at 0.

The last league clash between the two was League Two match day 33 on 22/02/2014 which finished with the scoreline of Exeter City 0-1 Rochdale.

The match was refereed by Andy Woolmer.

The Rochdale boss Robbie Stockdale does not have any fitness concerns to speak of coming into this clash thanks to a completely injury-free squad available to choose from.

With a fully injury-free squad to pick from, the Exeter City boss Matt Taylor has no fitness worries whatsoever coming into this clash.

We envisage that Exeter City and Rochdale could both find goals hard to come by here.

A scoreless draw looks like a real possibility, but we’ll see what happens. We’re therefore anticipating a very even match with a 0-0 draw after 90 minutes. 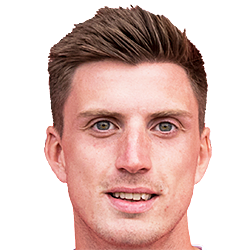 Normally playing in the Striker position, Jake Beesley was born in Sheffield, England. After having played his first senior match for Chesterfield in the 2016 - 2017 season, the accomplished Forward has scored a sum of 4 league goals in the League Two 2021 - 2022 campaign to date from a total of 16 appearances.

While we have made these predictions for Rochdale v Exeter City for this match preview with the best of intentions, no profits are guaranteed. Always gamble responsibly, and with what you can afford to lose. Good luck with your selections.