Our predictions, user poll and statistics for Extremadura v Racing de Santander can be found here - as well as up-to-date odds.

Extremadura prepare for this match coming off the back of a 1-1 La Liga 2 drawn result versus Fuenlabrada.

Extremadura have been conceding pretty frequently lately, but they have also done enough to score goals themselves. Looking at their last 6 games, Extremadura have seen their goal breached in 6 of them in addition to getting on the scoresheet in 5 of those matches. Even so, we’ll just have to find out whether the trend shall be replicated in this upcoming match.

After suffering a loss in their previous game against Albacete in La Liga 2 action, Racing de Santander and their travelling fans will hope for a better result here.

The stats tell the story, and Racing de Santander have been scored against in 5 of their last 6 games, letting opponents get 8 goals in all. At the back, Los Racinguistas certainly have room for improvement.

A look at their previous results shows us that Racing de Santander:

The last league encounter featuring these clubs was LaLiga2 match day 17 on 23/11/2019 which ended up with the score at Racing de Santander 3-0 Extremadura.

Extremadura got 22 shots on goal with 8 of them on target.

Almost everyone can be considered, as there’s just one fitness concern for the Extremadura boss Manuel Mosquera to contend with thanks to an otherwise robust squad. Álex López (Knee Injury) is out of contention.

Owing to a fully healthy group to choose from, Racing de Santander boss José Oltra doesn’t have any fitness worries to speak of before this game.

In our view, Racing de Santander may not find it easy to find the net against this Extremadura lineup who we reckon should end up scoring and staying ahead.

We therefore fancy a narrow 1-0 winning score for Extremadura when the referee blows for full-time.

Over/Under 2.5 Goals Prediction for Extremadura vs Racing de Santander
Under 2.5 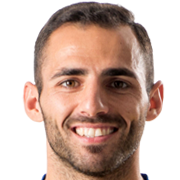 Mostly taking to the field in the Left Attacking Midfielder position, Nono was born in Badajoz, Spain. Having made a first senior appearance for UCAM Murcia in the 2016 - 2017 season, the goalscoring Midfielder has got 6 league goals in this LaLiga2 2019 - 2020 season so far in a total of 34 appearances.

While we have made these predictions for Extremadura v Racing de Santander for this match preview with the best of intentions, no profits are guaranteed. Always gamble responsibly, and with what you can afford to lose. Best of luck.