The Primeira Liga tie at Estádio do Marítimo on Saturday will see home team Marítimo take to the field against opponents Farense.

Our predictions, user poll and statistics for Marítimo v Farense can be found here - as well as up-to-date odds.

Marítimo will be hoping for a better result after a 1-0 Primeira Liga defeat in their last game at the hands of Benfica.

Marítimo have not been in good attacking form in more recent games. Their ‘goals for’ figure equals just 3 vs opposing sides during the course of their previous six matches. In those meetings, Os Verde-Rubros have also seen the tally of goals against them total 10. Still, we will just have to wait and see whether the trend shall be replicated in this next game or not.

Heading into this contest, Marítimo haven’t won at home in the past 7 matches in the league. Fans are getting restless.

Following on from suffering a loss in their previous game against Braga in Primeira Liga action, Farense and their travelling supporters will be hoping that they can get a better result in this one.

In 5 of the previous 6 games involving Farense, a notably low volume of goals have gone in between them and opposing sides. The overall average number of goals per game within that period is a paltry 1.17, with the average goals for Farense standing at 0.33.

A review of their most recent head-to-head clashes dating back to 13/02/2000 shows us that Marítimo have won 2 of them and Farense 3, with the number of drawn matches standing at 1.

In all, 13 goals were yielded between them throughout the course of those matches, with 6 for Os Verde-Rubros and 7 coming from Farense. That’s an average goals per game figure of 2.17.

The previous league contest between the two was Primeira Liga match day 9 on 07/12/2020 which ended up with the score at Farense 2-1 Marítimo.

On that day, Farense managed 33% possession and 5 attempts at goal with 4 on target. The goals were scored by Bilel Aouacheria (10') and Ryan Gauld (63').

Marítimo got 11 shots at goal with 5 of them on target. Rodrigo Pinho (60') was the scorer.

The referee was Hugo Miguel.

Sassá (Unknown Injury) and Stefano Beltrame (Unknown Injury) won’t be able to feature for Marítimo gaffer Julio Velázquez. The players ineligible for this match because of suspension are Pedro Pelágio, Renê and Cláudio Winck.

Owing to a completely injury-free group to choose from, Farense manager Jorge Costa has no fitness concerns at all coming into this game.

Our assessment is that Farense and Marítimo should play out a closely-fought contest here.

We’ll see, but this looks like it could end up all-square. With that in mind, we reckon that it will be a very even match with a score draw at the end of the match. 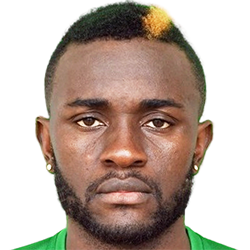 Normally playing in the Striker position, Joel Tagueu was born in Nkongsamba, Cameroon. After making a first senior appearance for Coritiba in the 2014 season, the talented Forward has accumulated 6 league goals in the Primeira Liga 2020 - 2021 season to date in 24 appearances.

While we have made these predictions for Marítimo v Farense for this match preview with the best of intentions, no profits are guaranteed. Always gamble responsibly, and with what you can afford to lose. Good luck if you do place a bet today.