FC Basel 1893 are the guests at Stockhorn Arena on Friday for the Super League clash with hosts FC Thun.

To see all of our predictions, user poll & stats for FC Thun v FC Basel 1893, scroll down including the latest game odds.

FC Thun go into this match following on from a 1-1 Super League drawn result vs FC Sion.

The only scorer from FC Thun was Nikki Havenaar (84'). Birama Ndoye (80') was the scorer for FC Sion.

Matches featuring FC Thun have tended to be entertaining encounters of late with high scoring the rule rather than the exception. Over their past 6 clashes, a grand total of 20 goals have flown in for both sides combined (at an average of 3.33 goals per game) with 12 of those coming from Thun. That sort of trend won’t necessarily be continued into this match, though.

Going into this encounter, FC Thun are unbeaten in their previous 8 league matches at home. They have been so resilient here.

With their forward play coming to the fore of late, FC Basel 1893 have managed to bag a surfeit of goals over their last 6 clashes (18 in all). That has earned them the outstanding mean average of 3 goals scored per match over this time.

We are of the inclination to think that FC Basel 1893 and FC Thun should end up playing out a closely-fought contest here.

A draw looks like a realistic possibility but, again, we don’t expect it to end goalless. Therefore, we predict a hard-fought score draw at the end of the 90. 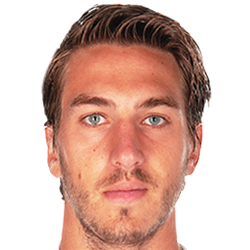 Regularly played in the Striker position, Simone Rapp was born in Switzerland. Having played his first senior match for FC Thun in the 2015 - 2016 season, the skilful Forward has scored a sum of 5 league goals in this Super League 2019 - 2020 campaign to date coming from a total of 30 appearances.

While we have made these predictions for FC Thun v FC Basel 1893 for this match preview with the best of intentions, no profits are guaranteed. Always gamble responsibly, and with what you can afford to lose. Good luck if you do place a bet today.