All of our predictions, stats and the user poll for Vancouver Whitecaps v FC Dallas are shown below (including the best match odds).

Vancouver Whitecaps will play in this fixture coming off the back of a 3-3 MLS drawn result versus San Jose Earthquakes.

Fixtures with Vancouver Whitecaps have often been exciting encounters of late with plenty of scoring anticipated. Over their past half dozen clashes, a grand total of 20 goals have flown in for both sides combined (at an average of 3.33 goals per game) with 9 of those accredited to Vancouver Whitecaps. That kind of trend might not be continued into this next game, though.

FC Dallas will go into this match after a 1-3 MLS win against Los Angeles Galaxy in their previous match.

FC Dallas have been good when going forward in the lead-up to this encounter, scoring 13 goals in their previous 6 matches. This doesn’t mask the fact that FC Dallas have been somewhat leaky at the back, having also been scored against in 5 of those same clashes.

Inspecting their prior head to head meetings going back to 19/05/2018 shows us that Vancouver Whitecaps have won 2 of these and FC Dallas 1, with the tally of draws standing at 3.

In all, 19 goals were yielded between them during those clashes, with 10 of them from Caps and 9 netted by Toros. The average number of goals per game works out to 3.17.

The last league fixture between the two was MLS match day 35 on 26/09/2021 and the score finished Vancouver Whitecaps 1-0 FC Dallas.

On that day, Vancouver Whitecaps managed 41% possession and 19 shots on goal with 5 of them on target. The scorer was Brian White (20').

On the other side, FC Dallas had 16 shots at goal with 7 of them on target.

Due to a completely healthy group available to select from, the FC Dallas boss Nico Estévez doesn’t have any fitness concerns at all before this game.

When taking all factors into account, FC Dallas and Vancouver Whitecaps may both find scoring difficult here.

At this stage, it appears to have the makings of a possible draw. We’re therefore anticipating a tight encounter with a 0-0 draw when all is said and done. 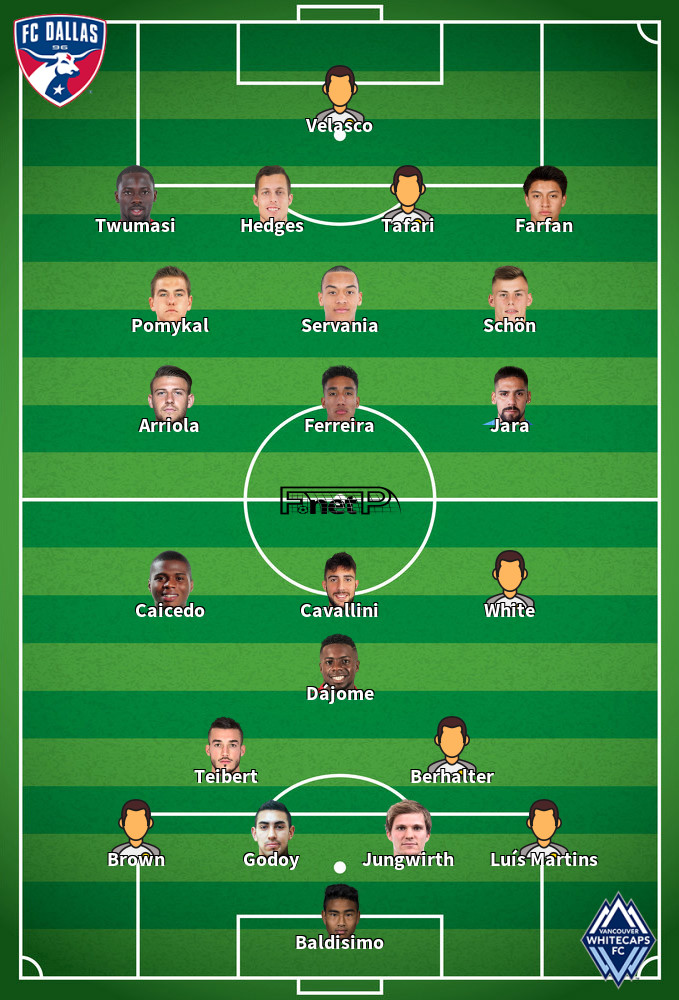 We have made these Vancouver Whitecaps v FC Dallas predictions for this match preview with the best intentions, but no profits are guaranteed. Please always gamble responsibly, only with money that you can afford to lose. Good luck if you do place a bet today.