The Bundesliga 2 meeting at HDI-Arena on Sunday will see home team Hannover prepare for the visit of opponents, Ingolstadt.

Our Hannover v Ingolstadt predictions, statistics and match poll can be seen below including the latest game odds.

Hannover will be looking for another win after a 3-2 Bundesliga 2 triumph over Ingolstadt.

Christoph Dabrowski's Hannover have celebrated scoring 7 times in their prior half-dozen outings. The corresponding tally of goals that have been scored against them in those same fixtures is 7.

Heading into this contest, Hannover have not been beaten in their last 3 league matches at home.

The stats don’t lie, and Ingolstadt have been scored against in 5 of their last 6 matches, seeing their opponents hit 10 goals overall. In defence, Ingolstadt have seen their frailties exposed.

A look at their previous results shows us that Ingolstadt:

The last league contest between the two was Bundesliga 2 match day 17 on 11/12/2021 and the score finished Ingolstadt 1-2 Hannover.

In that match, Ingolstadt had 44% possession and 7 attempts on goal with 2 of them on target. The scorer was Marcel Gaus (29').

Hannover got 12 attempts on goal with 4 of them on target. Maximilian Beier (9') and Linton Maina (37') scored.

There aren’t many personnel worries, with just a single fitness concern for the Hannover gaffer Christoph Dabrowski to be concerned with thanks to an almost full-strength group of players. Sebastian Ernst (Achilles tendon rupture) is sidelined.

We envisage that Ingolstadt would be disappointed if they were not to score a goal against this Hannover outfit, however it possibly won’t prevent them from conceding a couple at the other end.

We reckon that it will be both teams to score in a 2-1 win for Hannover after 90 minutes. Should be an interesting one. 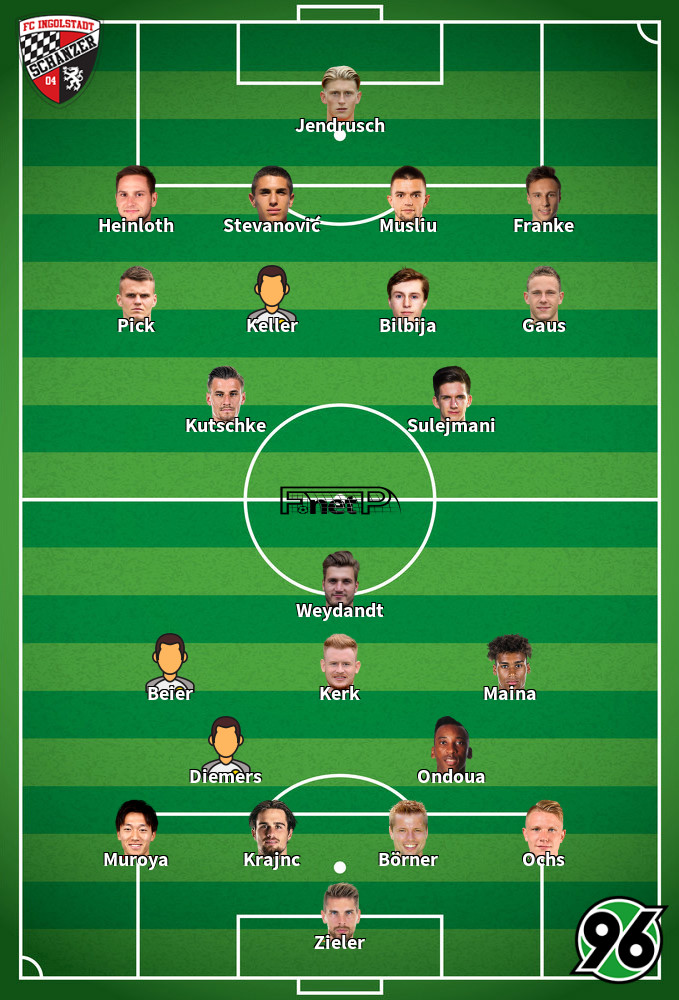 Generally playing in the Striker position, Maximilian Beier was born in Brandenburg an der Havel , Germany. After having played his first senior match for Hoffenheim in the 2019 - 2020 season, the dangerous Forward has managed to score 3 league goals in this 2. Bundesliga 2021 - 2022 season to date from a total of 29 appearances.

While we have made these predictions for Hannover v Ingolstadt for this match preview with the best of intentions, no profits are guaranteed. Always gamble responsibly, and with what you can afford to lose. Best of luck.