Ingolstadt will take to the pitch with visiting team Karlsruhe at Audi-Sportpark in this Bundesliga 2 meeting on Sunday.

Ingolstadt will be hoping to bounce back here after the 2-1 Bundesliga 2 loss in their previous game against SC Paderborn 07.

Ingolstadt have struggled with their forward play of late. Their goals record equals just 2 vs opposition teams during their previous 6 matches. In those games, Ingolstadt have also seen the tally of goals against them come to 12. We will have to see whether or not that trend will be continued on here.

Coming into this fixture, Ingolstadt are without a win at home for the past 6 league matches. That's never good.

In the game prior to this, Karlsruhe drew 1-1 in the Bundesliga 2 match with Hamburg.

In that game, Karlsruhe had 42% possession and 22 shots at goal with 8 on target. The only player on the scoresheet for Karlsruhe was Philipp Hofmann (18'). For their opponents, Hamburger SV got 14 attempts at goal with 4 on target. Sonny Kittel (14') was the scorer for Hamburg.

Indicating their involvement in eventful encounters, goals have been scored 22 times in the prior 6 games in which Karlsruhe have taken to the pitch, giving an average of 3.67 goals each meeting. Opposition teams have got 12 of this grand total.

Looking at their most recent head-to-head clashes dating back to 04/11/2011 tells us that Ingolstadt have won 2 of these & Karlsruhe 3, with the number of drawn matches standing at 1.

In all, 17 goals were shared by the two clubs during those clashes, with 7 of them for Ingolstadt and 10 being from Karlsruhe. The average number of goals per game works out to 2.83.

The previous league fixture between these sides was Bundesliga 2 match day 25 on 15/03/2015 when the final score was Ingolstadt 1-3 Karlsruhe.

The Ingolstadt boss André Schubert has zero fitness concerns to speak of before this clash owing to a fully injury-free squad available to select from.

With a completely healthy group to pick from, the Karlsruhe manager Christian Eichner does not have any fitness concerns whatsoever ahead of this match.

We’ve got the feeling that Ingolstadt will have to perform well to score against this Karlsruhe team who will likely just have the edge.

We’re therefore anticipating a very even match with a 0-1 winning score for Karlsruhe at full-time. 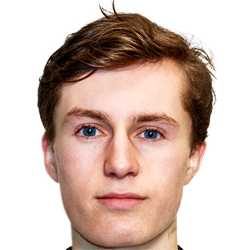 Normally deployed in the Central Attacking Midfielder position, Filip Bilbija was born in Berlin, Germany. Having made his senior debut playing for Ingolstadt in the 2019 - 2020 season, the talented Midfielder has accumulated 2 league goals in this 2. Bundesliga 2021 - 2022 season to date coming from a total of 12 appearances.

While we have made these predictions for Ingolstadt v Karlsruhe for this match preview with the best of intentions, no profits are guaranteed. Always gamble responsibly, and with what you can afford to lose. Best of luck with your selections.