View all of the Magdeburg v Ingolstadt predictions, poll and stats below including the latest game odds.

Magdeburg will want to continue from where they left off last time out with a 1-0 3rd Liga triumph versus Kaiserslautern.

The only scorer from Magdeburg was Bariş Atik (56').

In their last six fixtures, Christian Titz's Magdeburg have hit the back of the net a total of 8 times, an average number of goals scored per match of 1.33.

Coming into this contest, Magdeburg haven't been defeated in their previous 2 league matches at home.

Ingolstadt will go into this encounter after a 1-0 3rd Liga win with the downing of Mannheim in their last outing.

The only scorer from Ingolstadt was Caniggia Elva (41').

During their 6 latest matches, Tomas Oral's Ingolstadt have seen their goal attempts be successful 9 times, earning them the goals per game average of 1.5.

Coming into this contest, Ingolstadt have not been beaten in their last 3 away league matches.

The last league match featuring these clubs was 3rd Liga match day 11 on 22/11/2020 which finished with the scoreline of Ingolstadt 1-0 Magdeburg.

The referee was Lars Erbst.

In our opinion, Magdeburg may not find it easy to be putting a goal past this Ingolstadt team who we think should score at least once to put them ahead.

Our tip is therefore for a hard-fought 0-1 win for Ingolstadt at the end of this one. 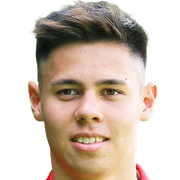 Typically taking up the Right Attacking Midfielder position, Raphael Obermair was born in Prien am Chiemsee, Germany. After having made a senior debut playing for Sturm Graz in the 2018 - 2019 season, the dangerous Midfielder has hit 5 league goals in this 3. Liga 2020 - 2021 campaign to date in a total of 29 appearances.

While we have made these predictions for Magdeburg v Ingolstadt for this match preview with the best of intentions, no profits are guaranteed. Always gamble responsibly, and with what you can afford to lose. Good luck!