Return to this page a few days before the scheduled game when this expired prediction will be updated with our full preview and tips for the next match between these teams.
The 3rd Liga clash at Audi-Sportpark on Sunday sees home side Ingolstadt ready themselves for the visit of Sonnenhof Großaspach. Scroll down for all of our predictions, poll and stats for the Ingolstadt v Sonnenhof Großaspach game (inc. the best betting odds).

Ingolstadt fans will want a repeat of their previous result, being a 1-2 3rd Liga triumph over SpVgg Unterhaching. For FC Ingolstadt 04, the scorers were Frederic Ananou (13' Own goal), Dennis Eckert (19') and Maximilian Wolfram (54').

Ingolstadt have really struggled up front of late. Their ‘goals for’ figure equals just 4 against opposing sides during their previous six outings. In those meetings, Ingolstadt have also seen the number of goals against them come to 9. Such a pattern won’t necessarily be carried forward into this next game, of course.

Coming into this fixture, Ingolstadt are without a home win in the past 3 league matches.

Since being beaten in their last game against SpVgg Unterhaching in 3rd Liga action, Sonnenhof Großaspach and their travelling supporters will be hoping that they can get a better result in this one. Felix Schröter (45') and Stephan Hain (48') scored for SpVgg Unterhaching.

In 5 of the previous six games featuring Sonnenhof Großaspach, a relatively low number of goals have gone in between them and their opposition. The overall average goals scored per game in that period is a meagre 1.67, with the number of goals averaged by Großaspach equalling 0.33.

The last league match featuring the two was 3. Liga match day 11 on 05/10/2019 which ended up with the score at Sonnenhof Großaspach 1-5 Ingolstadt. The referee was Nicolas Winter.

When taking all factors into account, Sonnenhof Großaspach would be disappointed if they were not to score a goal against this Ingolstadt team, although it possibly won’t quite be enough to avoid defeat. We’re predicting a narrow 2-1 winning score for Ingolstadt at the end of the match. We’ll have to see what happens.

Both Teams to Score Prediction for Ingolstadt vs Sonnenhof Großaspach
Yes 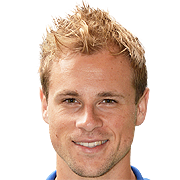 Normally used in the Right Attacking Midfielder position, Maximilian Beister was born in Göttingen, Germany. Having played his first senior match for Hamburger SV in the 2009 - 2010 season, the dangerous Midfielder has managed 5 league goals in this 3. Liga 2019 - 2020 season so far from a total of 20 appearances.

We have made these Ingolstadt v Sonnenhof Großaspach predictions for this match preview with the best intentions, but no profits are guaranteed. Please always gamble responsibly, only with money that you can afford to lose. Best of luck.