The Superliga fixture at Right To Dream Park on Sunday will see home side FC Nordsjælland go up against Odense BK.

Scroll down for all of our predictions, poll and stats for the FC Nordsjælland v Odense BK game including the latest game odds.

FC Nordsjælland go into this fixture coming off the back of a 1-1 Superliga drawn result vs Viborg FF.

Over their last 6 games, Flemming Pedersen's FC Nordsjælland have celebrated scoring a total of 8 times, with that being an average number of goals scored per match equal to 1.33.

Their prior results show that FC Nordsjælland:

Odense BK will go into the game after a 3-0 DBU Pokalen win vs SønderjyskE in their last game.

A succession of outstanding displays from the Odense BK defensive players has seen their ‘goals against’ tally amounting to 4 from their past 6 outings combined. During the same period of time, their own attack force has managed to score 11.

Heading into this contest, Odense BK are undefeated in their last 3 away league matches.

Looking over their past head-to-head meetings going back to 20/09/2020 shows that FC Nordsjælland have won 1 of these and Odense BK 4, with the number of drawn results being 1.

18 goals were scored between the two sides throughout the course of those matches, with 6 of them for Tigrene and 12 created by De Stribede. The average number of goals per game works out to 3.

The previous league contest featuring these clubs was Superliga match day 1 on 03/04/2022 which ended up with the score at Odense BK 2-1 FC Nordsjælland.

For their opponents, FC Nordsjælland got 11 shots on goal with 5 of them on target. Simon Adingra (67') was the scorer.

The FC Nordsjælland manager Flemming Pedersen has zero fitness concerns whatsoever before this match with a fully healthy squad available to select from.

Due to a fully healthy group to pick from, the Odense BK manager Andreas Alm does not have any fitness concerns to report before this game.

Odense BK will do well to get anything against this FC Nordsjælland team who we think will get the vital goal that wins it.

We’re going for a highly competitive game with a 1-0 winning score for FC Nordsjælland at the conclusion of the game. 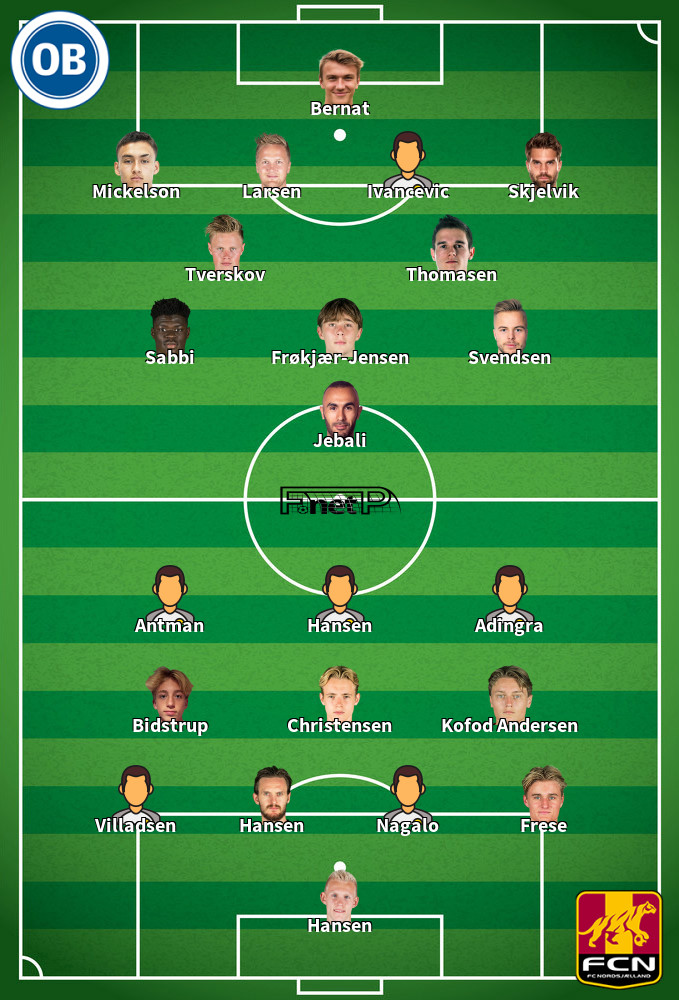 Normally used in the Striker position, Oliver Antman was born in Finland. Having made his senior debut playing for FC Nordsjælland in the 2019 - 2020 season, the skilful Forward has netted 5 league goals in this Superliga 2021 - 2022 campaign to date coming from a total of 23 appearances.

We have made these FC Nordsjælland v Odense BK predictions for this match preview with the best intentions, but no profits are guaranteed. Please always gamble responsibly, only with money that you can afford to lose.