Scroll down to see all of the predictions, poll and statistics for Red Bull Salzburg v Maccabi Tel Aviv - as well as the best betting odds.

Red Bull Salzburg, following on from their previous result, will be hoping for more of the same after a 1-3 Bundesliga success against SV Ried.

Red Bull Salzburg have been so strong in attack recently, putting 25 goals past the opposition during the course of their previous six outings. In those games, Die Bullen have also seen the tally of goals scored against them total 4. Historical results aside, we must now wait to see if that trend shall persist in this upcoming game.

After a loss in their previous game against Red Bull Salzburg in UCL Qualifiers competition, Maccabi Tel Aviv and their travelling fans will hope for a better result here.

Over the course of their previous six clashes, Maccabi Tel Aviv have helped themselves to a total of 10 goals. The Yellows have also not failed to score in every single one of those games. During those fixtures, their defenders have had 6 goals scored by their opponents.

We feel that Maccabi Tel Aviv have the firepower to get a goal against this Red Bull Salzburg side, however it is unlikely to prevent them from conceding a couple at the other end.

Our tip is for a 2-1 winning score for Red Bull Salzburg at the end of the 90 minutes. Could easily see this go either way. 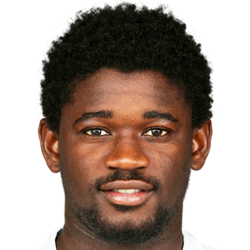 Generally playing in the Striker position, Sékou Koïta was born in Kita, Mali. After making a first senior appearance for FC Liefering in the 2017 - 2018 season, the goalscoring Forward has contributed 2 league goals in the Bundesliga 2020 - 2021 season to date from a total of 2 appearances.

While we have made these predictions for Red Bull Salzburg v Maccabi Tel Aviv for this match preview with the best of intentions, no profits are guaranteed. Always gamble responsibly, and with what you can afford to lose. Good luck!