Sagan Tosu will be at Ajinomoto Stadium on Sunday for the J1 League fixture with home side FC Tokyo.

Our FC Tokyo v Sagan Tosu tips, poll and stats can be seen in full below including the latest game odds.

FC Tokyo won’t want a repeat of their last result here after the 5-1 J1 League losing effort in their last game against Avispa Fukuoka.

In their prior 6 games, Albert Puig's FC Tokyo have netted a total of 5 times, an average number of goals per match equal to 0.83.

A look at their previous results shows us that FC Tokyo:

Kenta Kawai's Sagan Tosu have seen their efforts on goal rewarded 10 times in the course of their latest six matches. The overall goals that they have conceded during those same clashes comes to 8.

Coming into this fixture, Sagan Tosu have not been beaten by FC Tokyo when having played them away from home in the previous 2 league games.

A look at their prior head to head clashes stretching back to 10/03/2019 shows us that FC Tokyo have won 1 of these & Sagan Tosu 5, with the tally of drawn games being 0.

In all, 17 goals were scored between them during those clashes, with 6 for FC Tokyo and 11 created by Sagan Tosu. That is an average goals per game value of 2.83.

In that match, Sagan Tosu had 55% possession and 12 attempts on goal with 5 on target. The scorer was Keiya Sento (7').

For their opponents, FC Tokyo got 17 shots at goal with 5 on target.

Owing to a fully injury-free group ready to go, the Sagan Tosu boss Kenta Kawai does not have any fitness concerns to report before this clash.

We’re of the opinion that Sagan Tosu will surely be able to find the net against this FC Tokyo outfit, however it possibly won’t quite be as many as they will have scored against them.

Our tip is for both teams to score in a 2-1 winning score for FC Tokyo when all is said and done. Let’s see what eventuates. 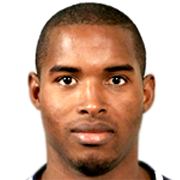 Usually taking to the field in the Left Attacking Midfielder position, Adailton was born in Brazil. Having played his first senior match for Vitoria in the 2010 season, the skilful Midfielder has managed 3 league goals in this J1 League 2022 season to date coming from a total of 10 appearances.

We have made these FC Tokyo v Sagan Tosu predictions for this match preview with the best intentions, but no profits are guaranteed. Please always gamble responsibly, only with money that you can afford to lose. Best of luck with your selections.