Austria Vienna will be taking on visiting opponents FC Trenkwalder Admira at Generali-Arena in the Bundesliga meeting on Saturday.

Austria Vienna will be looking to improve on their last outing here following the 1-0 Bundesliga loss in their previous game against Wolfsberger AC.

Fewer than three goals per match were seen in 5 of the past 6 fixtures where Austria Vienna have been participants. In terms of the goal weighting in that period, opposition teams scored an aggregate of 6 and Austria Vienna managed the sum of 8.

A look at their previous results shows us that Austria Vienna:

FC Trenkwalder Admira go into this clash after a 2-0 Bundesliga win against Cashpoint SCR Altach in their last match.

Checking on their past head to head meetings stretching back to 02/06/2020 shows that these encounters have been pretty painful for FC Trenkwalder Admira. They’ve not been able to come away with any wins at all while Austria Vienna have managed to find a way, winning in 67% of those matches played.

A combined total of 13 goals were scored between the two sides in these games, with 11 from Die Veilchen and 2 belonging to Admiraner. The average number of goals per game works out to 2.17.

The previous league game featuring the two was Bundesliga match day 6 on 27/04/2021 when it ended Austria Vienna 0-0 FC Trenkwalder Admira.

That day, Austria Vienna had 56% possession and 11 shots at goal with 2 of them on target.

On the other side, FC Trenkwalder Admira had 11 attempts at goal with 1 of them on target.

Looking at personnel, there is just a single fitness concern for the Austria Vienna gaffer Manfred Schmid to be concerned about thanks to an otherwise robust squad. Vesel Demaku (Torn Muscle Fibre) will miss out.

Owing to a completely injury-free squad to choose from, the FC Trenkwalder Admira manager Andreas Herzog doesn’t have any fitness worries to speak of before this game.

We’ve got the feeling that FC Trenkwalder Admira will need to put in a solid display to hit the back of the net against this Austria Vienna lineup who we think will likely win and very possibly keep a clean sheet.

We’re therefore anticipating a hard-fought 1-0 win for Austria Vienna at the end of the 90 minutes. 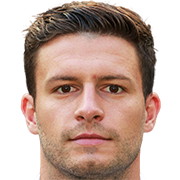 Usually taking up the Striker position, Marco Djuricin was born in Vienna, Austria. After making a first senior appearance for Hertha Berlin in the 2010 - 2011 season, the goalscoring Forward has contributed 5 league goals in this Bundesliga 2021 - 2022 campaign to date in 10 appearances.

We have made these Austria Vienna v FC Trenkwalder Admira predictions for this match preview with the best intentions, but no profits are guaranteed. Please always gamble responsibly, only with money that you can afford to lose.