To see all of our predictions, user poll & stats for Göztepe v Fenerbahçe, scroll down - as well as up-to-date odds.

Since suffering a loss in their previous game against Olympiacos in Europa League action, Fenerbahçe and their fans will hope to get a better result this time.

The stats tell the story, and Fenerbahçe have been scored against in 5 of their last 6 games, conceding 8 goals in total. Defensively, Fenerbahçe certainly have room for improvement. Let’s see if that trend will end up being continued on in this game.

Looking at their most recent head-to-head clashes stretching back to 25/08/2018 shows us that Göztepe have won 2 of these games & Fenerbahçe 3, with the number of drawn games standing at 1.

A combined sum of 16 goals were shared by the two clubs during those clashes, with 7 from Göz Göz and 9 being from Sarı Kanaryalar. That is an average goals per game value of 2.67.

The previous league encounter between these sides was Super Lig match day 26 on 21/02/2021 when it finished Fenerbahçe 0-1 Göztepe.

The Göztepe manager Nestor El Maestro has a full complement, with no fitness concerns at all ahead of this match with a completely injury-free squad to choose from.

Due to a fully injury-free squad available to select from, the Fenerbahçe boss Vítor Pereira has no fitness worries to speak of coming into this clash.

Our thinking is that Göztepe will do well to register a score against this Fenerbahçe outfit who should end up scoring and possibly keep a clean sheet as well.

We’re therefore seeing a hard-fought 0-1 win for Fenerbahçe when all is said and done. 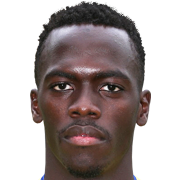 Generally deployed in the Striker position, Cherif Ndiaye was born in Senegal. After having made a senior debut playing for Waasland-Beveren in the 2016 - 2017 season, the skilful Forward has hit 2 league goals in the Süper Lig 2021 - 2022 season so far from a total of 13 appearances.

While we have made these predictions for Göztepe v Fenerbahçe for this match preview with the best of intentions, no profits are guaranteed. Always gamble responsibly, and with what you can afford to lose.