Fleetwood Town will face off against visitors Lincoln City at Highbury Stadium in this League One game on Saturday.

Our Fleetwood Town v Lincoln City tips, poll and stats can be seen in full below - plus the latest betting odds.

Fleetwood Town fans will want a repeat of their previous result, being a 4-1 League One success over Hull City.

It’s been a rare occasion in recent times where Fleetwood Town have kept a clean sheet. In fact, The Fishermen have failed to prevent opponents from scoring in 5 of their previous 6 matches, shipping 11 goals during that time.

Coming into this clash, Fleetwood Town have not won against Lincoln City in their previous 2 league matches.

After being beaten in their last game against Bristol Rovers in League One competition, Lincoln City will be aiming to make amends here.

The only scorer from Lincoln City was Lewis Montsma (46'). James Daly (48') and Brandon Hanlan (58') scored for Bristol Rovers.

Demonstrating their penchant for fruitful encounters, the back of the net has been hit 26 times in the last six matches in which Lincoln City have sent out their troops, giving a mean average of 4.33 goals per meeting. Opposing teams have got 13 from this total. We will just have to find out whether or not that trend will be continued on here.

Ahead of this clash, Lincoln City haven't been defeated in their previous 2 league matches away from home.

Fleetwood Town boss Joey Barton has no fitness concerns at all ahead of this clash owing to a fully healthy squad available to select from.

With a completely healthy squad ready to go, Lincoln City boss Michael Appleton doesn’t have any fitness worries to speak of before this clash.

Our assessment is that Lincoln City will surely be able to put one past this Fleetwood Town side, but that might not quite be as many as they will have scored against them.

We reckon that it will be both teams to score in a 2-1 winning margin for Fleetwood Town after 90 minutes. 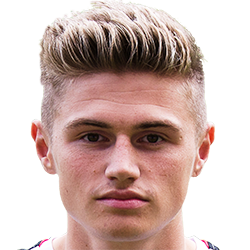 Customarily deployed in the Striker position, Harvey Saunders was born in England. After making a first senior appearance for Fleetwood Town in the 2020 - 2021 season, the talented Forward has scored a sum of 3 league goals in the League One 2020 - 2021 season to date in 4 appearances.

We have made these Fleetwood Town v Lincoln City predictions for this match preview with the best intentions, but no profits are guaranteed. Please always gamble responsibly, only with money that you can afford to lose. We wish you the best of luck.