Fortaleza will arrive at Estádio do Maracanã on Friday for the Serie A clash with hosts Fluminense.

Full predictions, pre-match stats and user poll for Fluminense v Fortaleza are shown on this page (plus the best game odds).

Fluminense prepare for this match coming off the back of a 1-1 Serie A drawn match versus Santos.

In that game, Fluminense managed 38% possession and 7 attempts at goal with 3 on target. The only player on the scoresheet for Fluminense was Lucca (16'). Santos had 8 attempts on goal with 2 of them on target. Jean Mota (87') was the scorer for Santos.

Their latest results really do illustrate the point that things are going according to plan in the Fluminense rearguard. Tricolor have been stingy, with the total number of goals that have gone past their goalkeeper over the course of their last six clashes standing at 2. We will have to see whether or not that trend will end up being continued on here.

After a losing effort in their last game against Bahia in Serie A action, Fortaleza and their fans will hope to get a better result this time.

A tendency of at least one team not managing to score in games involving Fortaleza has been fairly consistent of late. Checking on their last six meetings reveals that this has happened 5 times. During those clashes, opposing sides have managed a goal tally of 12 and Fortaleza have scored 6.

Their prior results show that Fortaleza:

An examination of their prior head to head clashes going back to 20/11/2005 shows that Fluminense have won 3 of them and Fortaleza 2, with the number of draws standing at 1.

An aggregate of 19 goals were produced between them throughout the course of those matches, with 9 of them from Tricolor and 10 belonging to Fortaleza. That’s an average goals per game of 3.17.

The last league contest featuring the two was Serie A match day 19 on 01/11/2020 when the final score was Fortaleza 0-1 Fluminense.

In that game, Fortaleza had 43% possession and 4 shots at goal with 1 of them on target.

For their opponents, Fluminense had 11 attempts on goal with 4 of them on target. Wellington Silva (75') was the scorer.

Fluminense boss Marco Marcão has zero fitness worries to speak of coming into this match thanks to a fully healthy squad ready to go. The players ineligible for this match because of suspension are Nino and Egídio.

With a fully healthy squad available for selection, Fortaleza boss Marcelo Chamusca has zero fitness concerns to report ahead of this game. The players ineligible for this match because of suspension are Felipe and Gabriel Dias.

We envisage that Fortaleza are capable enough to get a goal against this Fluminense outfit, but that may not quite be enough to avoid a loss.

We reckon that it will be a 2-1 winning margin for Fluminense after 90 minutes. Let’s see what happens here. 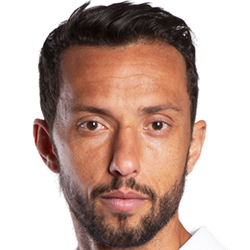 Generally taking to the field in the Central Attacking Midfielder position, Nenê was born in Sao Paulo, Brazil. Having made a first senior appearance for Santos in the 2003 season, the gifted Midfielder has struck 8 league goals in this Série A 2020 season so far from a total of 30 appearances.

We have made these Fluminense v Fortaleza predictions for this match preview with the best intentions, but no profits are guaranteed. Please always gamble responsibly, only with money that you can afford to lose.