Grêmio head to Estádio Governador Plácido Castelo on Wednesday for the Serie A fixture with home team Fortaleza.

Scroll down for all of our predictions, poll and stats for the Fortaleza v Grêmio game - plus the latest betting odds.

Fortaleza won’t want a repeat of their last result here following a 0-3 Serie A loss in their previous game against Flamengo.

An interesting trait of recent Fortaleza games is the number of results with a nil in them.

Taking their previous 6 matches leading up to this one, in as many as 5 of them a wager on "Both Teams to Score" would've been a loser.

Going into this game, the form guide shows that Fortaleza:

Following on from a losing effort in their last game against Santos in Serie A competition, Grêmio and their travelling fans will hope for a better result here.

In that game, Grêmio had 41% possession and 8 attempts on goal with 3 of them on target. For their opponents, Santos got 13 attempts at goal with 5 on target. Wagner Leonardo (92') scored for Santos.

The stats don’t lie, and Grêmio have been scored against in 5 of their last 6 games, seeing opposing sides hit 11 goals in all. In defence, Grêmio can certainly do much better. It will be interesting to find out whether or not that trend will end up being continued on into this next match.

Coming into this fixture, Grêmio haven’t won away from home in the past 2 league matches.

Looking over their prior head to head meetings stretching back to 03/12/2006 shows us that Fortaleza have won 2 of them and Grêmio 1, with the tally of drawn results standing at 3.

7 goals were scored between them during those clashes, with 4 of them from Fortaleza and 3 coming from Tricolor dos Pampas. The average goals per game has been 1.17.

The previous league encounter featuring the two was Serie A match day 7 on 27/06/2021 when it ended Grêmio 0-0 Fortaleza.

In that game, Grêmio managed 57% possession and 18 attempts on goal with 5 of them on target.

At the other end, Fortaleza got 16 shots at goal with 6 of them on target.

The Fortaleza boss Juan Vojvoda has zero fitness worries at all coming into this clash owing to a completely injury-free group available to choose from.

With a completely healthy group to choose from, the Grêmio manager Luiz Scolari does not have any fitness worries to speak of before this clash.

Our assessment is that Grêmio are capable enough to break down this Fortaleza team, however it possibly won’t be as many as they’ll concede.

We can see a very close game with a 2-1 winning margin for Fortaleza at the end of this one. Should be a good one. 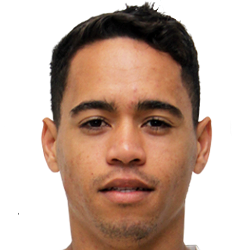 Usually taking up the Right Attacking Midfielder position, Yago Pikachu was born in Belém, Brazil. After making a first senior appearance for Vasco da Gama in the 2017 season, the talented Midfielder has managed to score 5 league goals in the Série A 2021 campaign to date from a total of 24 appearances.

We have made these Fortaleza v Grêmio predictions for this match preview with the best intentions, but no profits are guaranteed. Please always gamble responsibly, only with money that you can afford to lose. We wish you the best of luck.