Fortaleza arrive at Estádio Urbano Caldeira on Thursday for the Serie A showdown with home side Santos.

Our full set of predictions, statistics and match poll for Santos v Fortaleza can be seen below - plus the latest betting odds.

Santos will be hoping for a better result following a 2-0 Serie A losing effort in their last game against Corinthians.

An interesting feature of more recent Santos games is the high number of scores with a nil in them.

From their prior six matches leading up to this one, in 6 of them a bet on both teams scoring would have lost.

Going into this game, the form guide shows that Santos:

Fortaleza will go into this match following on from a 1-0 Serie A win versus Palmeiras in their most recent fixture.

The numbers tell their own story, and Fortaleza have been scored against in 5 of their last 6 games, conceding 11 goals overall. In defence, Fortaleza could really do with shoring things up. That being said, we’ll just have to find out if that trend shall be maintained here in this match.

Their past results show that Fortaleza:

Inspecting their most recent head-to-head clashes dating back to 10/09/2006 tells us that Santos have won 0 of them & Fortaleza 2, with the tally of drawn results being 4.

A total of 17 goals were scored between the two sides in this period, with 7 from Peixe and 10 being from Fortaleza. That’s an average goals per game figure of 2.83.

The previous league game featuring the two was Serie A match day 16 on 15/08/2021 when it finished Fortaleza 1-1 Santos.

That day, Fortaleza had 47% possession and 13 attempts on goal with 2 of them on target. Their only player to score was Lucas Crispim (23').

For their opponents, Santos had 8 attempts at goal with 2 on target. Carlos Sánchez (25') was the scorer.

The match was refereed by Andre Luiz Castro.

The Santos boss Fábio Carille will be grateful not to have any fitness worries to speak of before this match thanks to a fully healthy squad ready to go.

Thanks to a fully injury-free squad available for selection, the Fortaleza boss Juan Vojvoda has no fitness worries to speak of ahead of this game.

We’ve got the feeling that Fortaleza will have a tough ask to break down this Santos side who we reckon will manage to score & go ahead.

We’re therefore seeing a very even match with a 1-0 win for Santos at full-time. 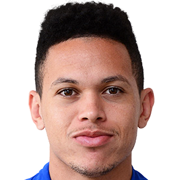 Regularly taking to the field in the Left Wing position, Marcos Guilherme was born in Itararé, Brazil. After having played his first senior match for Atletico PR in the 2014 season, the goalscoring Forward has managed 5 league goals in the Série A 2021 campaign to date from a total of 32 appearances.

We have made these Santos v Fortaleza predictions for this match preview with the best intentions, but no profits are guaranteed. Please always gamble responsibly, only with money that you can afford to lose. We wish you the best of luck.