Sheffield United make the trip to Craven Cottage on Saturday for the Premier League fixture with hosts Fulham.

To see all of our predictions, user poll & stats for Fulham v Sheffield United, scroll down - plus the latest match odds.

Fulham go into this fixture after a 1-1 Premier League tied result vs Burnley.

Fewer than three goals per match were recorded in 5 of the past 6 fixtures where Fulham have been participants. Breaking down the goal distribution during this period, opposing sides scored a total of 5 and The Cottagers managed the sum of 5.

Analysis of their past results shows that Fulham:

Since being beaten in their last game against West Ham United in Premier League action, Sheffield United will be aiming to make amends here.

Looking at their form, and Sheffield United have been scored against in 5 of their last 6 matches, letting opponents get 8 goals overall. In defence, The Blades certainly have room for improvement. Let’s see whether or not that trend can be sustained into this next match.

Coming into this contest, Sheffield United haven’t won away from home in the past 2 league matches.

A look at their prior head to head clashes dating back to 26/01/2014 shows us that Fulham have won 3 of them and Sheffield United 1, with the tally of drawn games standing at 2.

20 goals were scored between them in this period, with 13 of them from The Cottagers and 7 for The Blades. That’s an average goals per game figure of 3.33.

The previous league fixture between the two was Premier League match day 5 on 18/10/2020 which finished with the scoreline of Sheffield United 1-1 Fulham.

In that game, Sheffield United managed 41% possession and 10 shots on goal with 6 of them on target. The scorer was Billy Sharp (85').

On the other side, Fulham had 15 shots on goal with 6 on target. Ademola Lookman (77') scored.

The referee was Andre Marriner.

Tom Cairney (Knee Injury), Alfie Mawson (Ruptured cruciate ligament) and Aleksandar Mitrovic (Corona virus) won’t be available for Fulham manager Scott Parker. Kevin McDonald will not be able to play in this game through being suspended.

In our opinion, Sheffield United will need to apply a lot of pressure to get anything against this Fulham lineup who we think should end up scoring and staying ahead.

That’s why we have predicted a highly competitive game with a 1-0 win for Fulham at the end of the 90 minutes. 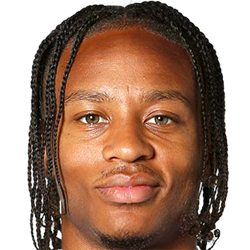 Customarily playing in the Striker position, Bobby De Cordova-Reid was born in Bristol, England. Having played his first senior match for Bristol City in the 2010 - 2011 season, the dangerous Forward has got 5 league goals in the Premier League 2020 - 2021 season to date in 21 appearances.

We have made these Fulham v Sheffield United predictions for this match preview with the best intentions, but no profits are guaranteed. Please always gamble responsibly, only with money that you can afford to lose. We wish you the best of luck.