GAIS make the trip to Örjans Vall on Saturday for the Superettan showdown with hosts Halmstads BK.

To see all of our predictions, user poll & stats for Halmstads BK v GAIS, scroll down (plus the best game odds).

Magnus Haglund's Halmstads BK have found the net 11 times in their past 6 outings. The corresponding number of goals that have been scored against them in those fixtures is 6.

Coming into this contest, Halmstads BK have not emerged victorious against GAIS in their previous 2 league games.

In their last game, GAIS drew 2-2 in the Superettan tie with Akropolis IF.

The stats don’t lie, and GAIS have been scored against in 6 of their last 6 games, seeing their opponents hit 9 goals overall. In defence, Makrillarna certainly have room for improvement. That sort of pattern isn’t assured to be continued here, though.

Ahead of this meeting, GAIS are without a win away from home in their last 6 league games.

A look at their prior head to head clashes dating back to 23/04/2016 shows us that Halmstads BK have won 3 of these and GAIS 2, with the number of drawn games standing at 1.

14 goals were scored between them during those clashes, with 8 of them for HBK and 6 created by Makrillarna. That is an average goals per game value of 2.33.

The last league match featuring the two was Superettan match day 23 on 13/09/2019 when it finished GAIS 1-1 Halmstads BK.

It doesn’t get much better regarding selection, with just one fitness concern for the Halmstads BK gaffer Magnus Haglund to be concerned about from an otherwise fully-primed set of players. Viktor Ljung (Cruciate Ligament Injury) misses out.

Owing to an otherwise healthy group of players, there is only the one fitness issue for the GAIS boss Stefan Jacobsson to be concerned about. Donat Zejnullahu (Cruciate Ligament Rupture) won’t be in action.

In this match, GAIS will have a difficult task to get a goal against a Halmstads BK lineup who should set up a big win.

We predict a convincing 3-0 win for Halmstads BK when the referee blows the final whistle.

Over/Under 2.5 Goals Prediction for Halmstads BK vs GAIS
Over 2.5 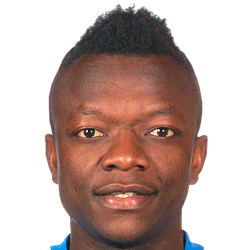 Generally playing in the Right Attacking Midfielder position, Thomas Boakye was born in Ghana. Having played his first senior match for Östersunds FK in the 2013 season, the talented Midfielder has got 2 league goals in the Superettan 2020 campaign to date in 6 appearances.

We have made these Halmstads BK v GAIS predictions for this match preview with the best intentions, but no profits are guaranteed. Please always gamble responsibly, only with money that you can afford to lose. Good luck!