Return to this page a few days before the scheduled game when this expired prediction will be updated with our full preview and tips for the next match between these teams.
Full-Time Result Prediction
👉
Landskrona BoIS to Win

Landskrona BoIS are going up against visiting side GAIS at Landskrona IP in the Superettan meeting on Saturday.

All of our predictions, stats and the user poll for Landskrona BoIS v GAIS are shown below (plus the best game odds).

Landskrona BoIS will be hoping for a better result following a 1-0 Superettan loss in their previous game against IK Brage.

In that match, Landskrona BoIS managed 48% possession and 3 shots at goal with 1 of them on target. On the other side, IK Brage had 6 attempts on goal with 1 on target. Seth Hellberg (58') scored for IK Brage.

It has been a rare occasion in recent times where Landskrona BoIS have managed to hold out for a full 90 minutes. In fact, Landskrona BoIS have failed to prevent opponents from scoring in 5 of their previous 6 games, leaking 9 goals along the way. We will have to find out whether or not that trend can be continued on into this next match.

GAIS will come into the encounter following on from a 3-4 Superettan win as they beat Vasalunds IF in their most recent match.

The numbers tell their own story, and GAIS have been scored against in 5 of their last 6 games, conceding 8 goals in total. At the back, GAIS can certainly do much better.

Ahead of this clash, GAIS have left without a victory over Landskrona BoIS when they've played them away from home in the last 2 league games.

A review of their prior head-to-head meetings stretching back to 21/10/2013 tells us that Landskrona BoIS have won 2 of them & GAIS 3, with the tally of drawn matches being 1.

The previous league contest between these sides was Superettan match day 9 on 08/06/2021 when it ended GAIS 1-3 Landskrona BoIS.

In that match, GAIS managed 50% possession and 7 shots at goal with 1 of them on target. Their only player on the scoresheet was Adam Egnell (87').

For their opponents, Landskrona BoIS got 8 attempts at goal with 4 on target. Nicklas Nielsen (16'), Melker Heier (51') and Filip Ottosson (94') scored.

The Landskrona BoIS boss Billy Magnusson does not have any fitness concerns to speak of ahead of this game with a completely healthy squad ready to go.

Our feeling is that GAIS might have a difficult job to get anything against this Landskrona BoIS outfit who will likely be able to get on the scoresheet themselves in a winning performance.

We therefore think that it’s going to be a narrow 1-0 winning margin for Landskrona BoIS when the referee blows for full-time. 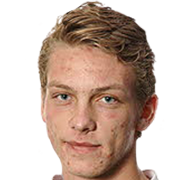 Generally played in the Striker position, Robin Hofsö was born in Sweden. After making a first senior appearance for Landskrona BoIS in the 2021 season, the skilful Forward has contributed 4 league goals in this Superettan 2021 season to date coming from a total of 16 appearances.

We have made these Landskrona BoIS v GAIS predictions for this match preview with the best intentions, but no profits are guaranteed. Please always gamble responsibly, only with money that you can afford to lose. We wish you the best of luck.