Gateshead will be visiting Grosvenor Vale on Saturday for the National League tie with home team Wealdstone.

For all of our match predictions, pre-game poll and statistics for Wealdstone v Gateshead, scroll down - plus the latest betting odds.

Wealdstone, who won their previous game, will hope for a similar result following the 3-1 National League triumph against Eastleigh.

For Wealdstone, the goalscorers were Nathan Ferguson (45'), Max Kretzschmar (53') and Micah Obiero (81'). Alfie Lloyd (1') was the scorer for Eastleigh.

Matches with Wealdstone have usually been engaging encounters of late with plenty of scoring expected. Over their past six games alone, the sum of 21 goals have been scored for both sides combined (at an average of 3.5 goals per game) with 12 of these accredited to Wealdstone. It will be interesting to find out if that trend can be continued on in this game.

Following on from tasting defeat last time out to Wrexham in National League action, Gateshead will be aiming to make amends here.

The stats don’t lie, and Gateshead have been scored against in 5 of their last 6 games, seeing opposing sides hit 10 goals overall. Defensively, Gateshead have some weaknesses to address.

The previous league match between the two was National League match day 5 on 27/08/2022 when the final score was Gateshead 0-1 Wealdstone.

The referee was Matthew Dicicco.

The Wealdstone boss Stuart Maynard will be grateful to have no fitness concerns at all coming into this clash with a fully healthy squad available to choose from. Micah Obiero cannot play in this game through suspension.

Due to a fully healthy group available for selection, the Gateshead boss Mike Williamson has zero fitness worries whatsoever coming into this clash.

We feel that in this game, Gateshead certainly have the ability to breach the defence of this Wealdstone outfit, but it may not be enough to prevent defeat.

We can see a 2-1 advantage for Wealdstone after 90 minutes. Let’s just see how this one goes. 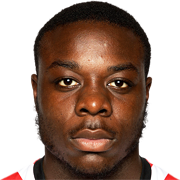 Typically played in the Striker position, Olufela Olomola was born in London, England. Having played his first senior match for Yeovil Town in the 2017 - 2018 season, the accomplished Forward has netted 6 league goals in this National League 2022 - 2023 campaign to date in a total of 21 appearances.

While we have made these predictions for Wealdstone v Gateshead for this match preview with the best of intentions, no profits are guaranteed. Always gamble responsibly, and with what you can afford to lose. We wish you the best of luck.