Scroll down for all of our predictions, poll and stats for the Perugia v Genoa game - as well as up-to-date odds.

Perugia enter this game following on from a 1-1 Serie B drawn game vs Modena.

It has been seldom in recent games that Perugia have managed to hold out for a full 90 minutes. The facts show that Perugia have seen their defence breached in 6 of their previous 6 clashes, shipping 9 goals in the process. We will find out if that trend will be sustained here.

Going into this one, Perugia haven’t won at home in the past 3 matches in the league.

Previously, Genoa drew 1-1 in the Serie B tie with Como.

The stats don’t lie, and Genoa have been scored against in 5 of their last 6 games, seeing their opponents hit 6 goals overall. At the back, Genoa seem to have a bit of a soft underbelly.

We’re of the view that Perugia will have a tough ask to see themselves scoring against this Genoa outfit who we think will likely get the vital goal that wins it.

With that in mind, we reckon that it will be a hard-fought contest, finishing with a 0-1 win for Genoa at the end of the 90. 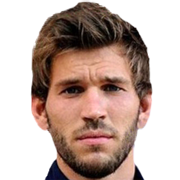 Mostly played in the Striker position, Luca Strizzolo was born in Udine, Italy. Having made his senior debut playing for Cittadella in the 2016 - 2017 season, the talented Forward has bagged 2 league goals in the Serie B 2022 - 2023 season to date coming from a total of 11 appearances.

We have made these Perugia v Genoa predictions for this match preview with the best intentions, but no profits are guaranteed. Please always gamble responsibly, only with money that you can afford to lose. We wish you the best of luck.