Return to this page a few days before the scheduled game when this expired prediction will be updated with our full preview and tips for the next match between these teams.
Full-Time Result Prediction
👉
Sampdoria to Win

Our Sampdoria v Genoa tips, poll and stats can be seen in full below - plus the latest betting odds.

Sampdoria will be hoping for a better result after a 1-2 Serie A defeat in their last game at the hands of Bologna.

Claudio Ranieri's Sampdoria have scored 9 times in their past 6 outings. Conversely, the tally of goals that have been scored against them in that time amounts to 6.

After a loss in their previous game against Udinese in Serie A competition, Genoa and their travelling fans will hope for a better result here.

In that game, Genoa had 54% possession and 9 attempts on goal with 0 of them on target. At the other end, Udinese got 8 shots at goal with 2 on target. Rodrigo De Paul (34') scored for Udinese.

Looking at their form, and Genoa have been scored against in 6 of their last 6 matches, with opponents netting 10 goals overall. Defensively, Il Grifone could really do with shoring things up.

Looking over their prior head-to-head meetings stretching back to 07/04/2018 shows us that Sampdoria have won 2 of these and Genoa 1, with the tally of draws being 3.

10 goals were yielded between them in this period, with 6 from i Blucerchiati and 4 being from Il Grifone. That’s an average goals per game figure of 1.67.

The last league match between these sides was Serie A match day 6 on 01/11/2020 when it finished Sampdoria 1-1 Genoa.

In that game, Sampdoria had 54% possession and 9 shots on goal with 3 on target. Their only player on the scoresheet was Jakub Jankto (23').

On the other side, Genoa had 11 shots on goal with 4 of them on target. Gianluca Scamacca (28') scored.

There aren’t many personnel worries, with just the sole fitness concern for the Sampdoria gaffer Claudio Ranieri to be concerned with from an otherwise complete set of players. Keita Baldé (Muscular problems) is sidelined.

Genoa are capable enough to put a goal past this Sampdoria side, although that may not be enough to avoid defeat.

We’re tipping a very close game with a 2-1 victory for Sampdoria at the end of the match. Should be an interesting one. 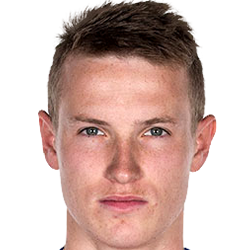 Normally played in the Centre Midfield position, Jakub Jankto was born in Czech Republic. Having played his first senior match for Ascoli in the 2015 - 2016 season, the goalscoring Midfielder has managed to score 2 league goals in the Serie A 2020 - 2021 campaign to date coming from a total of 6 appearances.

We have made these Sampdoria v Genoa predictions for this match preview with the best intentions, but no profits are guaranteed. Please always gamble responsibly, only with money that you can afford to lose. Good luck!