Júbilo Iwata face off with the visiting Giravanz Kitakyushu at Yamaha Stadium in the J2 League match on Saturday.

All Júbilo Iwata v Giravanz Kitakyushu game predictions, stats and user poll are shown below including the latest game odds.

Júbilo Iwata, following on from their previous result, will be hoping for more of the same after a 1-2 J2 League triumph against Machida Zelvia.

For Júbilo Iwata, the goalscorers were Lukian (11') and Hiroki Yamada (56' Own goal). Shohei Takahashi (23' Own goal) was the scorer for Machida Zelvia.

Júbilo Iwata have been on a persistent run of goalscoring form, netting in each and every one of their last 6 matches.

They have hit an aggregate of 13 during that period while also conceding a total of 4.

Heading into this fixture, Júbilo Iwata are undefeated in their previous 4 home league matches.

In the game prior to this, Giravanz Kitakyushu drew 2-2 in the J2 League match with Thespa Kusatsu.

The only player to score from Giravanz Kitakyushu was Daigo Takahashi (62', 86'). Kazune Kubota (35') and Hiroto Hatao (94') scored for Thespa Kusatsu.

Throughout their 6 latest matches, Shinji Kobayashi's Giravanz Kitakyushu have fired home a total of 5 times, earning them a goals per game average of 0.83.

Going into this one, Giravanz Kitakyushu have not won away from home in their last 7 league matches.

A review of their prior head-to-head clashes dating back to 20/09/2014 shows us that Júbilo Iwata have won 5 of them & Giravanz Kitakyushu 1, with the tally of drawn games standing at 0.

In all, 19 goals were produced between them in this period, with 13 of them for Júbilo Iwata and 6 coming from Giravanz. That is an average goals per game value of 3.17.

The previous league clash featuring these clubs was J2 League match day 17 on 05/06/2021 which finished with the scoreline of Giravanz Kitakyushu 0-2 Júbilo Iwata.

The Júbilo Iwata boss Masakazu Suzuki does not have any fitness worries whatsoever before this match owing to a fully injury-free group to choose from.

When taking all factors into account, Júbilo Iwata will most probably get a lot of shots on goal and make them count.

Conversely, Giravanz Kitakyushu won’t find it easy finding the net themselves although we do see them hitting back at some stage here, too.

We’re predicting a decent 3-1 winning margin for Júbilo Iwata at the end of the 90 minutes. 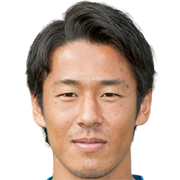 Typically played in the Central Attacking Midfielder position, Hiroki Yamada was born in Japan. After having played his first senior match for Júbilo Iwata in the 2011 season, the skilful Midfielder has bagged 7 league goals in this J2 League 2021 campaign so far in a total of 30 appearances.

While we have made these predictions for Júbilo Iwata v Giravanz Kitakyushu for this match preview with the best of intentions, no profits are guaranteed. Always gamble responsibly, and with what you can afford to lose. Best of luck.