Piast Gliwice will be at Stadion im. Ernesta Pohla on Friday for the Ekstraklasa tie with home side Górnik Zabrze.

Górnik Zabrze go into this match after a 0-0 Ekstraklasa drawn game versus Śląsk Wrocław.

Marcin Brosz's Górnik Zabrze have hit the target a sum total of 5 times in their prior 6 outings. The corresponding tally of goals that have been scored against them in that time stands at 6.

Last time out, Piast Gliwice drew 2-2 in the Ekstraklasa tie with Wisla Plock.

Looking at their form, and Piast Gliwice have been scored against in 6 of their last 6 games, seeing their opponents hit 14 goals in all. Defensively, Gliwice have some weaknesses to address.

Their past results show that Piast Gliwice:

If we look at their past head to head meetings dating back to 01/10/2017, there has been little to separate the clubs with Górnik Zabrze winning 2 of those games, Piast Gliwice 2 and 2 being drawn in normal time.

A sum of 9 goals were shared by the two clubs in this period, with 5 for Trójkolorowi and 4 coming from Gliwice. The average goals per game has been 1.5.

The last league game featuring these sides was Ekstraklasa match day 29 on 09/06/2020 and the score finished Piast Gliwice 0-0 Górnik Zabrze.

The match was refereed by Paweł Gil.

Regarding absentees, there’s just the sole fitness concern for the Górnik Zabrze boss Marcin Brosz to contend with thanks to an almost full-strength set of players. Lukasz Wolsztynski (Cruciate Ligament Rupture) will miss out.

Owing to a fully healthy group available to choose from, Piast Gliwice manager Waldemar Fornalik has no fitness concerns to report before this match.

In our opinion, Piast Gliwice could find themselves struggling to put one past this Górnik Zabrze lineup who will likely emerge victorious.

We’re going for a very even contest with a 1-0 advantage for Górnik Zabrze after 90 minutes. 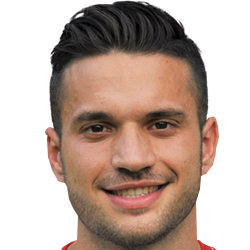 Mostly taking to the field in the Central Attacking Midfielder position, Jesús Jiménez was born in Leganés, Spain. After making a first senior appearance for Górnik Zabrze in the 2018 - 2019 season, the skilful Midfielder has managed 6 league goals in the Ekstraklasa 2020 - 2021 season to date in a total of 8 appearances.

We have made these Górnik Zabrze v Piast Gliwice predictions for this match preview with the best intentions, but no profits are guaranteed. Please always gamble responsibly, only with money that you can afford to lose. Best of luck with your selections.